Barnsley boozing is all mapped out 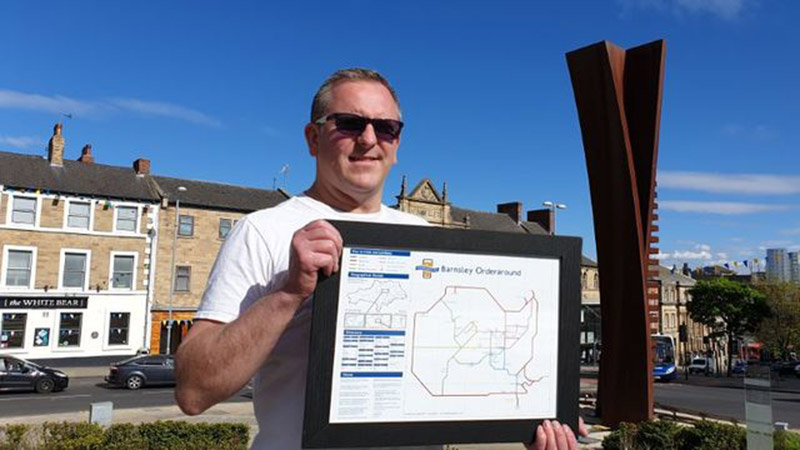 A LONDON Underground style map has been created to advertise all of the pubs and bars in Barnsley.

Steve Lovell created the map after visiting Barnsley for a few drinks – and having previously made the maps for areas like York and Newcastle – decided that he was going to make one for the town.

The 44-year-old spent four years at Barnsley College studying graphic design and has slowly been creating the maps outwards from Leeds – which is his home town.

“I always liked the design of the London Underground map and a few years ago I decided to see if I could make a map of pubs instead of stations that would cover all of my home town of Leeds. I was really pleased with the result and the map has been quite popular,” explains Steve.

“To make these maps I spend time getting information from maps and other online sources and then spending much more time on making all that information into a geometrical map in the iconic style of Harry Beck’s London Underground diagram.

“The map should currently be accurate but I’m always happy to take note of places to add, remove or change.

“Although the map is mostly pubs and bars, it also includes restaurants and cafes where you can just comfortably get a drink, but no clubs of any kind.

“There are 52 places on the Barnsley map. I had researched every pub in the Barnsley district but the map would’ve had to be much larger, and after some other large maps failed to get enough interest to justify the cost, I decided to just cover a smaller area.

“The design has been made into A3 size and is for sale along with the maps for other areas on my website at www.albanydesign.co.uk.”