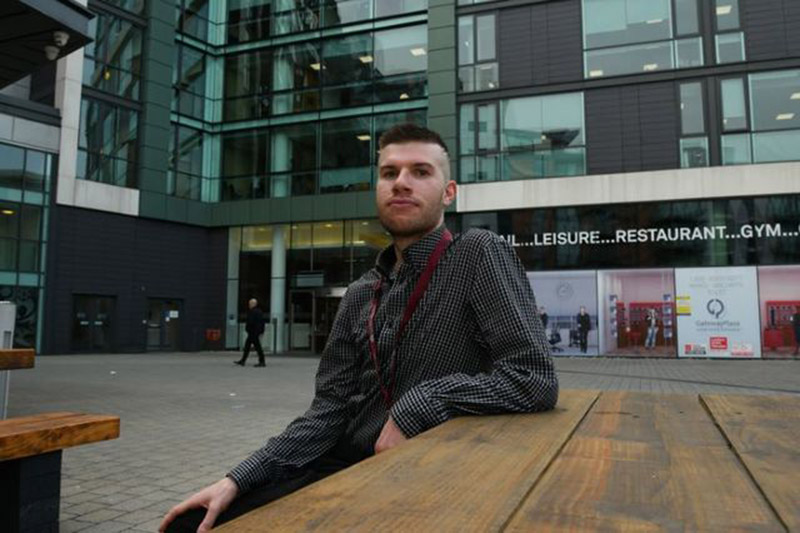 A YOUNG man who has lived with a learning disability and severe anxiety has made his first steps into the world of work.

Aaron Taylor, 24, has struggled with anxiety since he was at school, where he was bullied because of his learning disability.

From there, he tried several college courses, but never settled – finding himself with a young daughter, no job and seemingly no way out.

Aaron, of Wilson Street, Barnsley said: “I’ve had anxiety for years but I’ve suffered really badly for the past year.

“I was going to the job centre and was on Universal Credit. You start to wonder if it is a bit of discrimination, I kept applying for jobs all the time and kept losing out.”

Aaron suffered from repeated knocks to his already low confidence, but was advised by his social worker to get in touch with Barnsley Council’s learning disability employment services.

He was taken on by the council, and now works 11 hours a week in facilities management – performing maintenance on office equipment and keeping stock of consumable items.

And he says his confidence has improved massively since he took the role on at the start of April.

Aaron is currently on medication for his anxiety, but he says he eventually wants to stop taking it and deal with the condition on his own terms, eventually moving on to full-time work.

He says he wants to use his own experience to help other people with learning disabilities in Barnsley.

Aaron said: “My condition doesn’t affect me physically, it’s invisible in a way. I just want to show people it doesn’t matter if you’ve got a disability or not.

“I’d like to go onto full-time work but even if this doesn’t go onto anything at least it’s something on my CV. I just want to show people what I can do.”

Emma Wragg, operations manager at Barnsley Council and Aaron’s manager, said: “Aaron has been working with facilities management since January as part of the council’s Supported Employment Programme.

"Aaron has gained confidence in a business environment, working closely with us to support the council staff and the day to day running of a busy town centre building.

“He is a valued member of my team and I’m very proud to have him with us and see his confidence grow.”