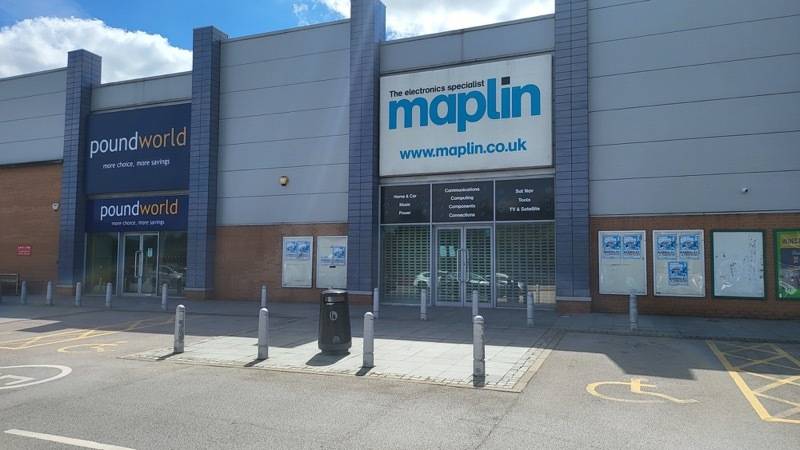 MARKS & Spencer has revealed details of its plans to open a new foodhall just weeks after announcing the closure of its town centre store.

The retail giant announced last month that it will close its Queen Street store - ending its 90-year presence in the heart of the town - and is readying a move to Peel Retail Park, on Harborough Hill Road, where it will open a foodhall store with 60 per cent more space.

It’s part of a strategy to move out of town centres amid changing shopping habits and increasing cost pressures, with Marks & Spencer confirming it will close 32 sites over the next three years.

Upon the announcement, Marks & Spencer - which has operated in the town since 1937 - took a swipe at ‘failed local authority or government policy’ for its under performance in the town centre.

Theis week, M & S submitted a planning application to change the use the two vacant stores at the retail park - formerly Maplin and Poundworld - for the use of its foodhall.

A planning statement said: “The application site forms part of the Peel Centre, which is an existing and well-established retail park located on Dryden Road off Harborough Hill Road near to Barnsley town centre.

“Whilst the retail park is in an ‘out of centre’ retail location, it is accessibly located in relation to the town centre as well as surrounding residential areas.

“The Local Plan identifies the retail park as a retail location serving the needs of Barnsley as a whole.

“The application site is an entirely sustainable location for the proposed development.

“The retail park sells a wide variety of goods, including food, following planning permissions previously granted by the council. “Under the current planning permissions which control the retail park, there is a substantial amount of floorspace consented for the sale of food at the park, some of which has not yet been taken up and will therefore be utilised by M & S.”

Bosses say the proposal shows a ‘positive investment’ in the town which will secure sustainable economic growth, including local employment provision.

There are also plans to extend the rear of the unit for a 508 square-metre site, designed to enable the efficient delivery of goods to the store as well as a plant enclosure.

Around 70 full-time and part-time staff will be on hand at the site, with the firm confirming they will hire locally to support residents in the area.

“M & S will increase the level of employment at the site as foodstore operators typically require higher staff levels due to increased service operations and customers compared to non-food retail operations,” the report added.

“The proposed store will employ approximately 70 full and part-time staff who will primarily be recruited locally.

“The works required to create the new foodstore unit also require the services of local building trade contractors which provides employment opportunities during the construction phase.

“Usually a range of skills such as steel, brick and block work and shop fitting are sourced locally, as well as cleaners and labourers.

“It is evident that the number of jobs created by the proposed development is a material benefit.

“Jobs in the retail industry are flexible and socially inclusive, as they provide a range of jobs in both full and part-time positions, as well as during evenings or at weekends.”

It’s anticipated the foodhall will open in early 2023.