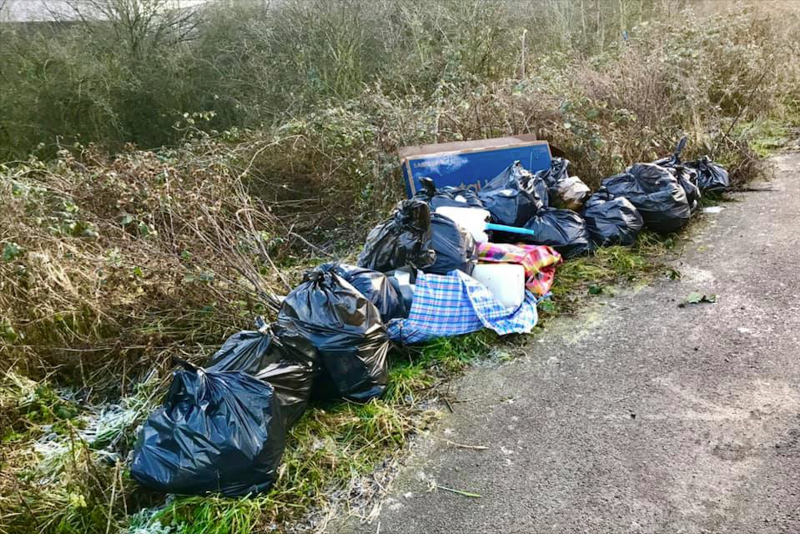 Working as individuals on different parts of the bypass, the volunteers collected the waste ready for the Tidy Team to collect.

Don Keating, a volunteer with the group, said: “Another massive amount of other people’s rubbish removed from the Cortonwood bypass.

“l just can’t believe the mentality of some people.

“We were working as individuals, on different parts of the bypass, with three pre-arranged drop off points for our accumulated rubbish, to await pickup by Tidy Team.

“Thank you all very much, it was a cold one but very satisfying after seeing the end result, and a good workout.

“The Tidy Team have been wonderful. It wouldn’t be possible without them.

“Finally a big thank you to Jack - a dog we met that afternoon walking proudly along with an empty coke bottle in his mouth.

“His owner told us that Jack never goes home without a bottle in his mouth, which just goes to prove the Jack has far more of a sense of pride than the morons that continue to spoil our green spaces.”