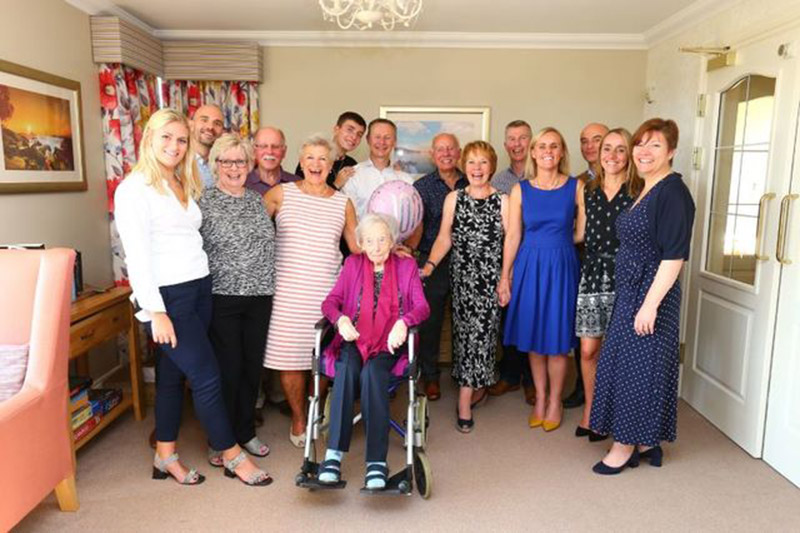 A WOMAN who credits her long life with eating her favourite foods turned 100 yesterday surrounded by her family and friends.

Margaret Shuker was born September 19, 1919 in Egham, Surrey to parents Harry and Jessie.

Margaret met her husband Harry during the Second World War when her family would host soldiers who were unable to go home for Christmas.

“Dad was one of the soldiers who couldn’t go home for Christmas so he ended up staying with mum’s family,” said Margaret’s daughter, Chris.

“She was quite feisty when she was younger so I think that’s what caught his eye.

“I remember mum saying that they went to dances and how much they love to dance together.”

Harry spent Christmas with Margaret’s family in 1940, and the pair kept in contact until the end of the war when Harry asked permission to visit Margaret again.

“Dad was an army dispatch rider and he went all over during the war. He kept in contact with my mum and when he got home from the war he asked my grandad’s permission to take my mum out and to see her again.”

After living in Manchester and Sandal, Margaret now lives in Mapplewell Manor Care Home in order to be close to her daughter, Chris.

“I think she is excited to be 100, although I don’t think she wants us to make a fuss of her,” said Chris.

“She had a party at the care home and it’s a great chance to get everyone together to celebrate.

“I think her tips for a long life would be to keep active, and a little bit of what you like never hurt you.”