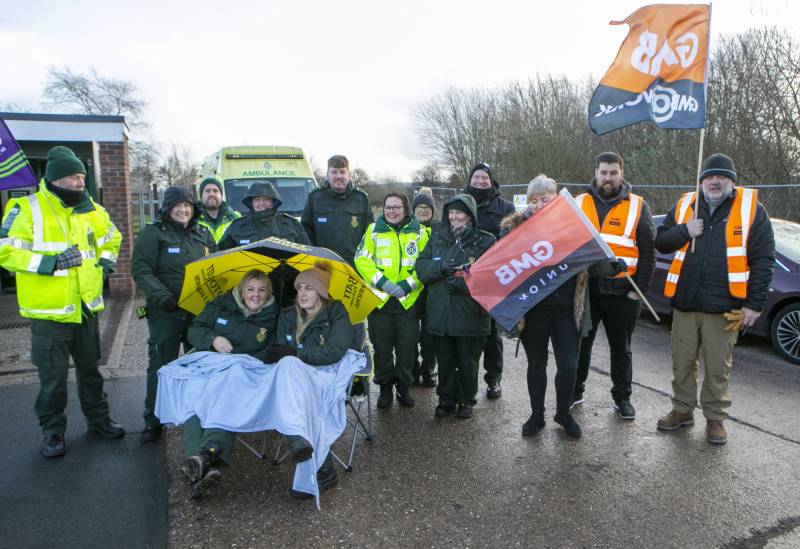 AMBULANCE workers across the borough went on strike for the second time this week.

Staff picketed in Platts Common on Wednesday and support for the action was evident, with locals delivering food and drink to those attending.

Ambulance workers are asking for a pay rise above inflation – although not a precise figure – and a plan for recouping lost earnings over many years.

The GMB, Unison and Unite unions are coordinating the industrial action, calling for a pay increase for workers.

But they say this isn’t just about money it’s also about making a stand to protect the ‘crumbling’ NHS.

Rachel Harrison, GMB National Secretary, said the industrial action was in response to the ‘NHS’s crushing recruitment and retention crisis’ and the government’s four per cent pay offer which was a ‘massive real-terms pay cut’.

Following negative talks with the government on Monday, she said: “The talks fell well short of anything substantial that could stop this week’s strikes.

“There was some engagement on pay – but not a concrete offer that could help resolve this dispute and make significant progress on the recruitment and retention crisis.

“The public expects the government to treat these talks seriously – it’s time they got on with it.”