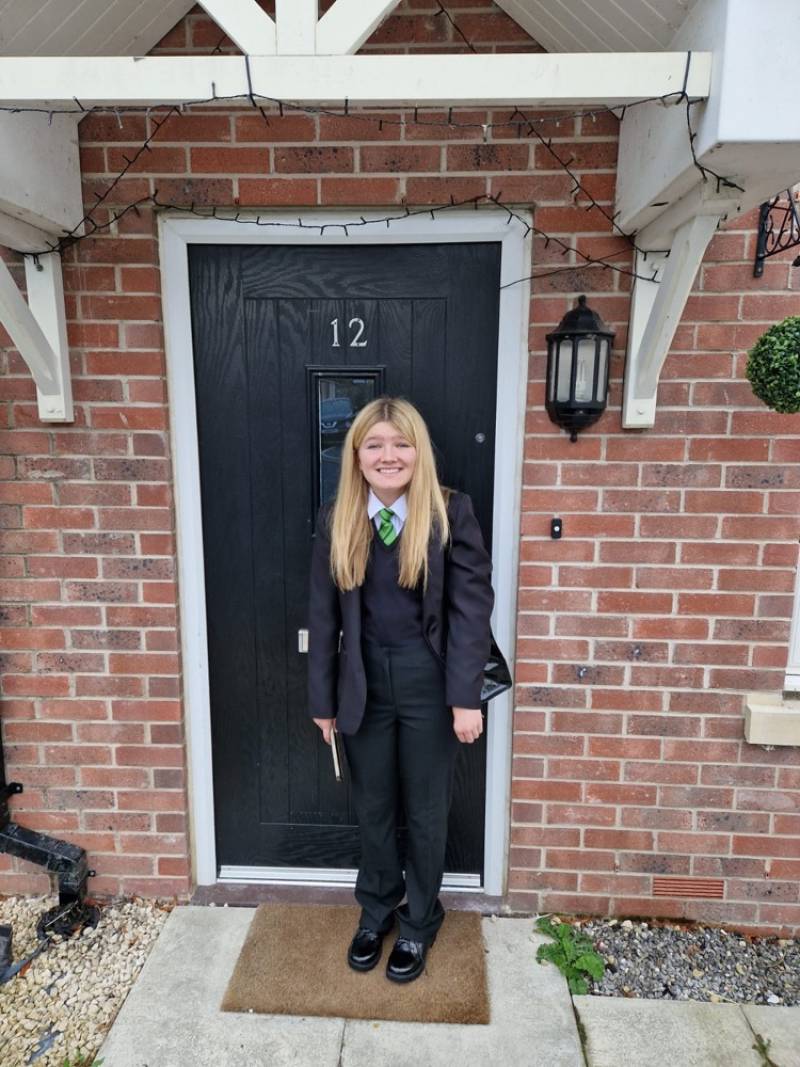 A TEENAGE girl sacrificed her time over the new year to help the town’s homeless in a bid to reduce loneliness and give back to those who need it.

Peyton Barraclough, 13, of Stairfoot, has been saving up her Christmas and birthday money over the years to organise a meal for those sleeping rough in the borough.

Her step-mum, Julianne Barraclough, and her dad, Iain, helped Peyton invite some of the homeless – congregating at Peel Retail Park on the outskirts of the town centre – to breakfast at The Silkstone pub.

Julianne told the Chronicle: “She was asking us how she can do her bit to help people and that’s when she decided to start saving her money and organise a meal at the pub on New Year’s Day.

“One of the guys we found at Peel Retail Park was really enthusiastic and you could tell he was excited.

“She gave out some care packs as well, which had scarves and gloves in them.

“The packs also had £20 in to make sure they had enough to get themselves another meal after Peyton’s breakfast.”