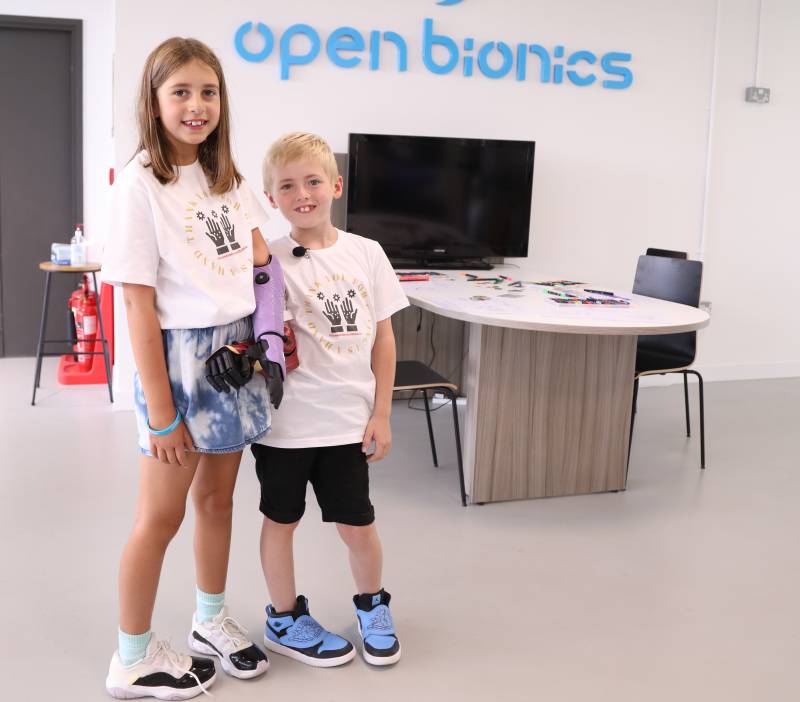 A ROYSTON youngster hugged his parents with two arms for the first time this week – and it’s all thanks to the support of the local community.

Tommy Dengel, eight, attends Parkside Academy and in October a fundraiser was set up by both his and eight-year-old Lottie Haworth’s family for funds towards a ‘Hero Arm’ from Open Bionics that will grow with them as they get older so they’re able to function easier.

After months of fundraising which garnered a bucket load of support, almost £40,000 was raised.

Tommy’s grandma, Jane Hewitt, told the Chronicle: “We did the fundraiser and managed to make what we needed.

“They’ve been going to Open Bionics in Bristol for the last year.

“On Tuesday, they went down to Bristol and were given their arms.

“At the minute he’s not had much time with it and it’s all very new.

“We’re so grateful for everyone who has supported us – we just want to say a big thank you.

“Tommy was able to give his mum and dad a hug with two arms for the first time.”