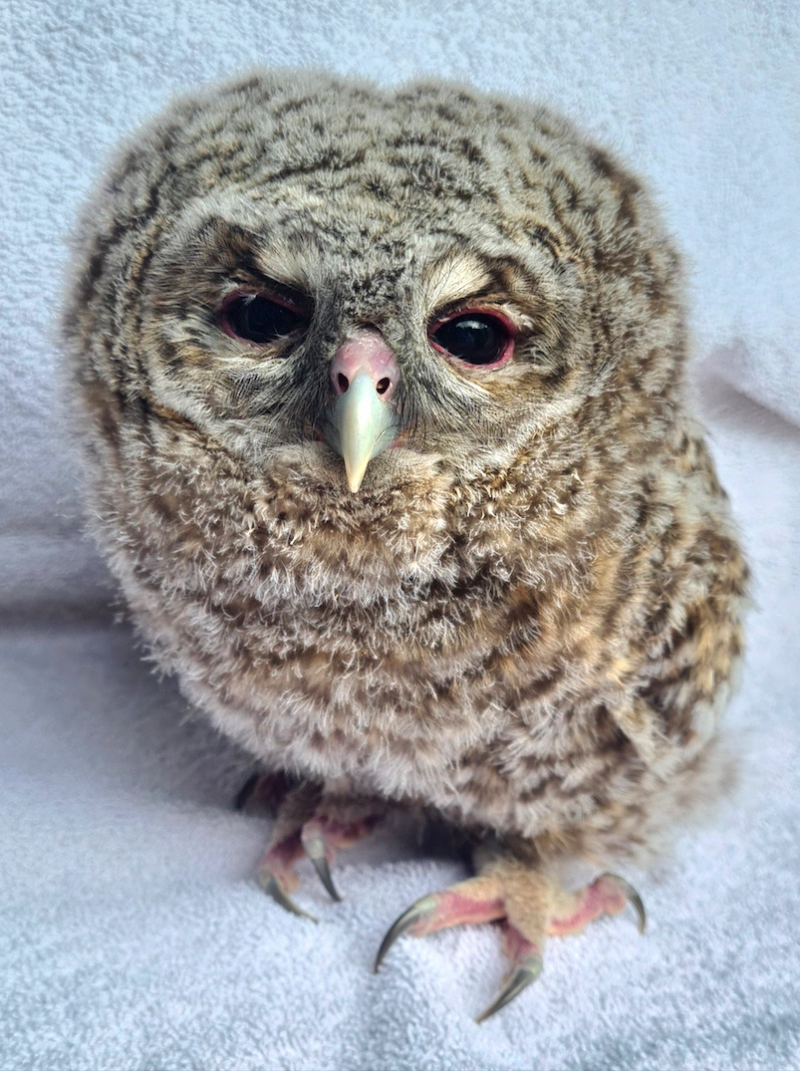 THE RSPCA is warning people to not move owls away from their nests after a young bird was found alone in Wath-Upon-Dearne.

The distinctive young tawny was handed over to a bird of prey keeper by a member of the public who found him grounded in a wood.

It’s believed the fledgling was moved away from his nest by youngsters.

RSPCA animal rescue officers Liz Braidley and Leanne Horness-Heather worked together to transport the owl to their rehabilitation centre in North Yorkshire.

Liz said: “The owl had been taken to the keeper after someone found kids playing with him.

“Tawny owls do come out of their nest and climb up bushes and trees, but we would urge people to leave them where they are.

“We have seen people picking them up thinking they are helping as they are on the ground without realising their parents or offspring may be nearby.

“If people do find an owl outside the nest then our advice is they should monitor the situation first.

“They should go back to the location the next day to see if the owl is still there before contacting a wildlife rehabilitator or contacting the RSPCA.”