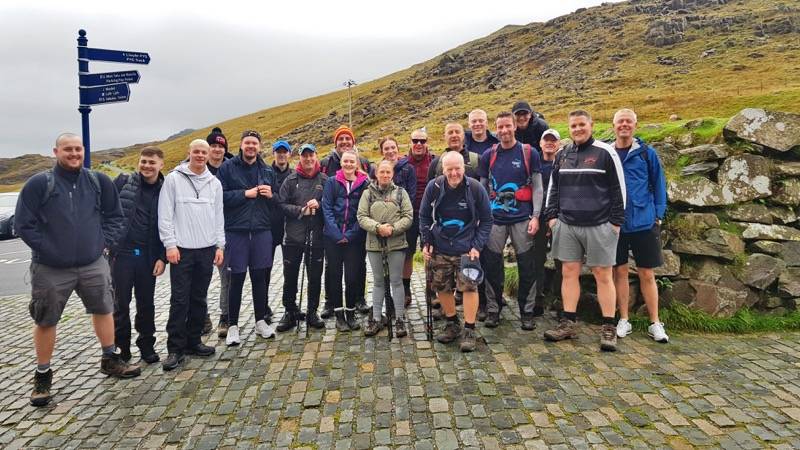 A FUNDRAISING group conquered Mount Snowdon to raise money for a cause close to their hearts.

A team of 20 from Worsbrough Bridge Cricket Club completed the eight-mile walk last Saturday to raise money for the club and the Alzheimer’s Society.

Derek was heavily involved with the cricket club throughout his life and had been the first team captain and chairman.

Alan – who has been involved in the club for more than 40 years – said his dad had passed on his love of cricket to him and his kids.

The Littlewoods and the cricket club have been fundraising for the cricket club and the Alzheimer’s Society since 2018 – including local events and bigger hikes, taking on Scafell Pike and Ben Nevis – and were glad to get back to raising money for the charity after a break due to the pandemic. The whole family – Alan, his wife Becky and their two kids Alex, 25, Freya, 16, and Alex’s fiancee Holly – had planned to do the Snowdon walk, but unfortunately Becky had to isolate at home after testing positive for Covid-19.

The group have raised almost £5,000 so far this year and hope to surpass the mark after they finish collecting donations from their recent events.

Alan said: “Everybody has been affected by Alzheimer’s in some way in their life, which I think makes it such a special cause to raise money for.

“We lost my dad a few years ago and still have good links with the Alzheimer’s Society. I just hope we can raise even more money for such an important cause.

“We’ve earned almost £5,000 so far this year. Everyone got up and down the mountain all right so it all went really well. We’ve all got our connections to the cause and it was just great to be able to do it together.”