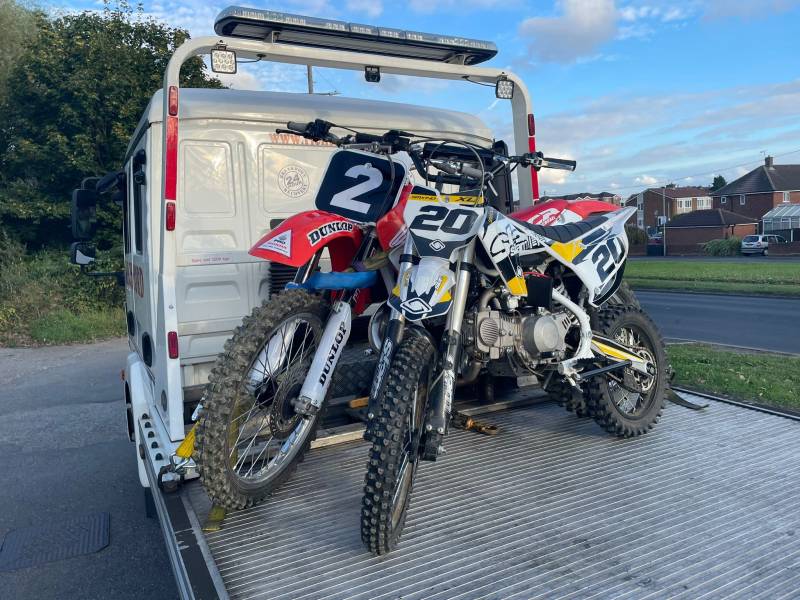 TWO bikes were seized following a patrol carried out in Athersley.

The team attended Athersley Recreation Ground over the weekend and found two off-road bikers on the field.

The bikes were seized for having no insurance and two men are due to appear in court.

A spokesperson from South Yorkshire Police's Off Road Team said: “Riding bikes antisocially in South Yorkshire will not be tolerated. If you can afford to buy these bikes then factor in where you can legally ride.

“Keep reporting them to us and we will take action, either online, by 101 or using Crimestoppers anonymously.”