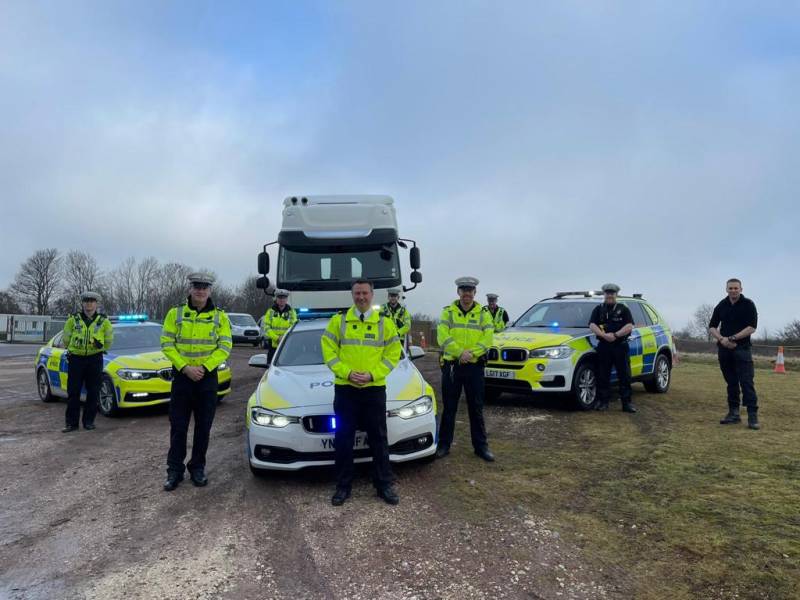 The tractor unit provided an elevated vantage point to monitor passing motorists, and should an offence be detected additional officers were following closely behind to stop any offenders.

A total of 284 vehicles were stopped in the operation, with 307 detected offences resulting in almost 300 Traffic Offence Reports.

Sergeant Bruce Yacomeni, of the South Yorkshire Roads Policing Group, said: “We are incredibly thankful for the support of Highways England in providing us with the HGV tractor unit.

“The HGV cab provides a unique opportunity to see into other HGV’s but additionally cars and vans as well.

“The goal of the campaign was to crack down on motoring offences adversely affecting road safety including the ‘fatal four’ causes of collisions, which are drink or drug driving, speeding, using a mobile phone, and driving without a seatbelt.

“Sadly, despite countless news stories reporting injuries and deaths caused by dangerous activity behind the wheel, some drivers find it acceptable to commit these types of offences.

“I would urge all motorists, please think twice before you put yourselves and others in danger.”