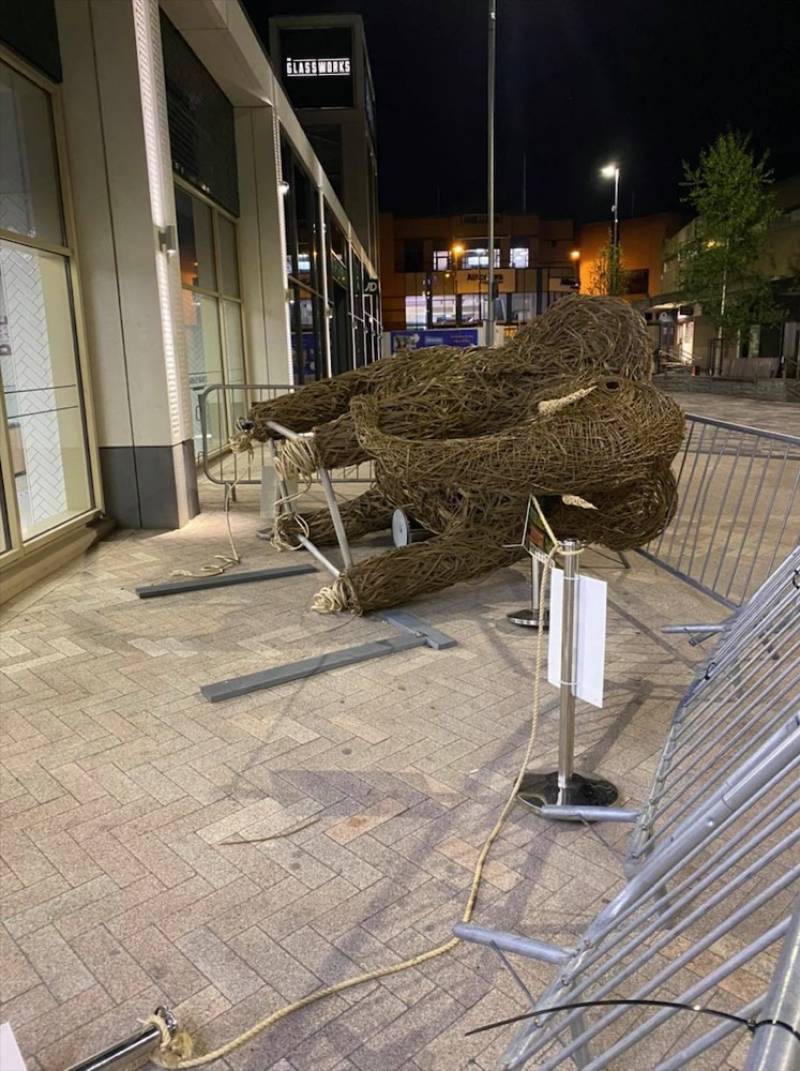 VANDALS who targeted an arts installation outside Barnsley Market have been condemned by council bosses who were faced with carrying out immediate repairs.

On Sunday night, the elephant installation – as part of Barnsley Council’s Fantastical Beasts trail – was knocked over.

Eight sculptures have been on show across the town centre as part of a trail which started at the town hall.

On Monday morning, residents flocked to social media to criticise those responsible for the damage.

This is the third time that the elephant sculpture has reportedly been damaged since it was installed last week.

Matt Gladstone, executive director for place at Barnsley Council, said that despite the project’s success it’s the minority that ruin it for the rest of the borough.

He told the Chronicle: “The Fantastical Beasts trail has received some amazing feedback and has been enjoyed by hundreds of families visiting the town centre.

“Thanks to everyone who got involved, followed the trail, took pictures and downloaded the trading card game, supporting our local businesses in the process.

“Sadly, some people feel the need to spoil this for other residents. There was some damage to the elephant installation, which was knocked over.

“This is something that an artist has spent a lot of time creating for our residents to enjoy, and although we were able to repair the damage, it did take extra time and was disappointing.

“It’s not acceptable to spoil this experience for others.

“It is criminal damage, and if anyone knows who is responsible, they should report this immediately to the police by calling 101.

“Overall, Fantastical Beasts was a real success and will be back making appearances across the borough soon.”