Little Singers making a big impression thanks to Eleanor 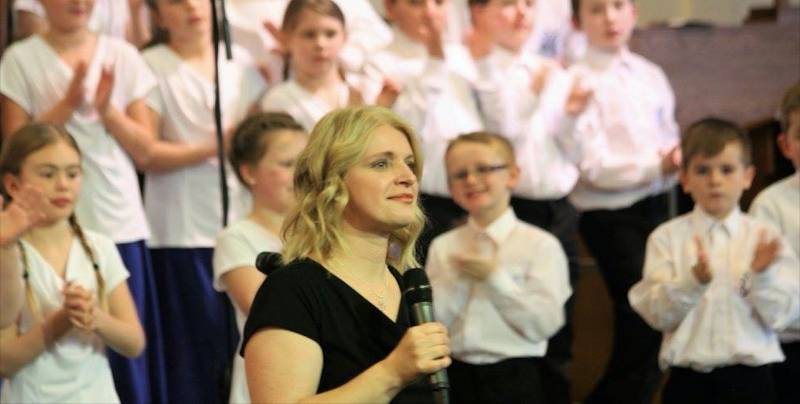 A CHOIR director who’s got Barnsley’s kids singing has been nominated for a Proud of Barnsley award for her commitment.

Eleanor Wright has been musical director of Barnsley Youth Choir, run by her husband Mat, since its inception more than a decade ago.

With the choir’s huge growth, Eleanor has opened it up further to younger generations – first starting the junior choir for four to seven-year-olds and then the ‘sister group’, Little Singers, which caters for those in the even younger bracket below.

Eleanor has introduced babies as young as six weeks old to music with specialised lessons training their understanding of pitch and rhythm, while still having fun.

She believes starting children so young means that when they progress into the junior choir, they have a strong foundation to propel them to even further heights – which have seen former members of the world-renowned choir go on to become performers and teachers in their own right.

“Myself and Mat have three children that are all involved in the choir, so it’s a massive part of our lives,” said Eleanor, 44, also a teacher at Worsbrough Common Primary School.

“We’ve built it up from scratch.

“You’re better off learning music from as young an age as possible to get that ear and sense of pitch.

“But they also learn a lot of skills like teamwork and discipline. There’s so much they get out of it that’s not just musical.

“The junior choir sang at our ten-year anniversary show last year at the Metrodome, and they were totally unfazed performing in front of an audience of thousands.

“It’s very exciting to be nominated, but I always say it’s a team at BYC, and we couldn’t function without that massive team – but it’s lovely someone has picked me out.”

During the pandemic, Eleanor has kept in touch with her students through Facebook and Zoom for lessons and rehearsals.

“It’s been brilliant to see their actual faces on Zoom – we’ve said how hard it is not to be able to get together.

“The choir is the highlight of my week.

“We’ve carried on during the lockdown to try and keep that continuity.

“We’re hopeful we can get back to it in September, but we don’t actually know, so we’ll carry on setting the children challenges and making it as interactive as possible.”