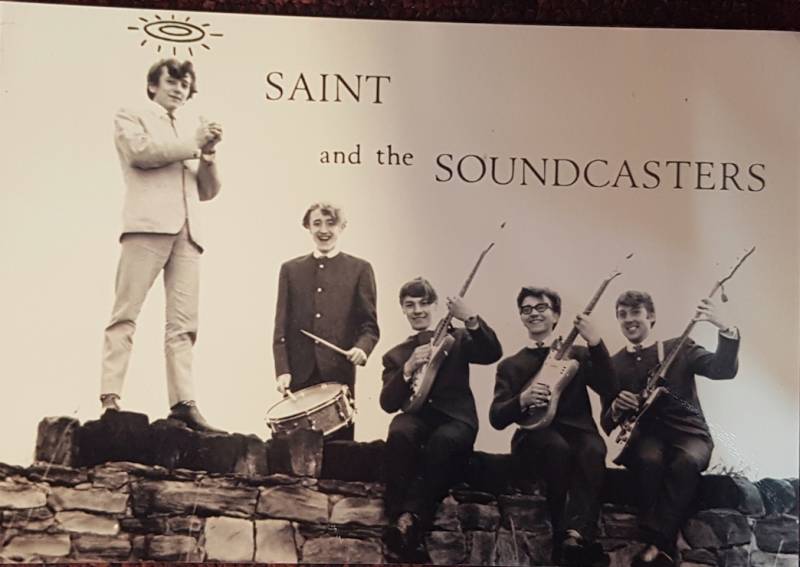 THE FORMER frontman of a popular band from the 1960s, who took to the stage alongside Cilla Black, has spoken about his time in the band and all their escapades.

Fred Stones, now 72, was just 17 when he joined the band The Saint and the Soundcasters in 1962 alongside his friends Jeff Wilmott, drummer, Eric Hardcastle, lead guitar, Keith Wardrop, rhythm guitar, and Fred Whitehouse, bass guitar.

Although the group performed covers of hits by popular bands and artists such as The Beatles, Buddy Holly and the Rolling Stones, the group enjoyed a large following and played at many pubs and clubs around Barnsley.

“I remember people telling me they had to get to the venue early if they wanted to get in when we played a club,” said Fred, from St Bernard’s Crescent, Ward Green. “We would always have a line a mile long and people would try to sneak into the club through the toilet window.”

After being voted as the most popular amateur group in Yorkshire, the band enjoyed an appearance alongside Cilla Black at a performance at the Lyric Hall in Sheffield in 1964.

“It was absolutely fantastic,” said Fred. “We were invited to play a set of music and we did some of our most popular covers.

“Cilla was lovely and a much better singer than people gave her credit for.”

As the lead guitarist, Eric Hardcastle, was just 16 when he joined the band, Fred remembers Eric having to play behind a curtain as he was too young to be allowed into clubs.

“That was funny. The audience were so confused about why they could hear a guitarist but not see him and poor Eric was sat behind a curtain on a chair because he was too young to really be allowed into the club.

“At another gig we had to sing through the bingo microphones because ours got stolen from our van. That wasn’t the best performance we did as the sound was that terrible that none of us sounded any good. I bet the audience were thinking ‘who are these guys?’ It was funny at the time.”

Fred, who retired from his profession as a pointer last year, has recently gone back to his musical roots and performs in Cyprus, and at karaoke bars around Nottingham where he lived for more than 20 years.

“I’ve had a few people recognise me when I’m in Barnsley,” said Fred. “I only started singing again about six years ago – I don’t think many people who I worked with in Nottingham knew I was in a band but I do get recognised now that I’m back in Barnsley.

“The band was absolutely brilliant and I would love to meet up with the lads again if they’re still in Barnsley – will be good to reminisce about old times.

“None of it would have happened without our manager Bill Howarth, he helped us to become what we were and built us up from nothing. We owe a lot to him.”