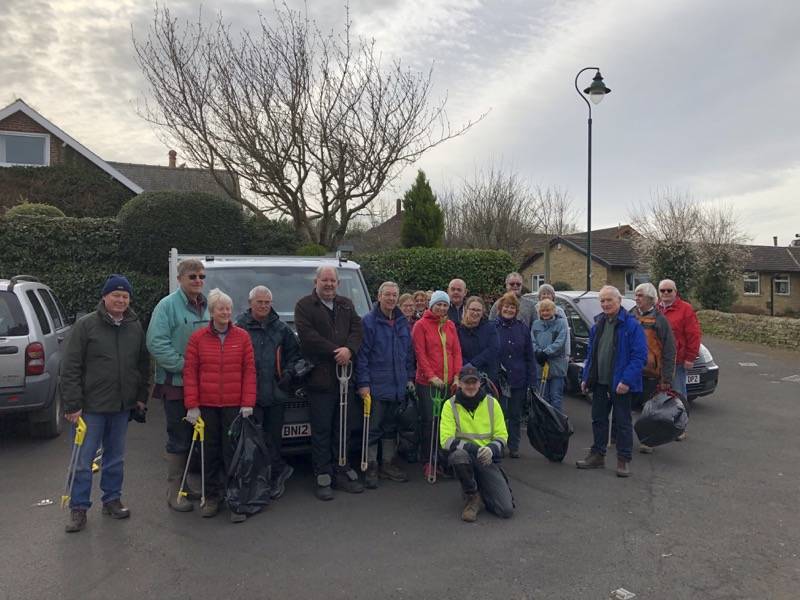 CAWTHORNE has been left looking ‘ten times better’ after a hugely successful litter pick at the weekend.

Nearly 30 adult volunteers and two children turned out on Saturday morning and collected 90 bags of rubbish in just two hours.

Delighted parish council chairman Peter Kilner said: “It went very, very well indeed. The best we have ever done in terms of turnout and the amount of rubbish collected.

“The village looks ten times better and I am sure there will be more picks further into the year.”

The pick followed concerns expressed by some councillors that Cawthorne has been suffering from large amounts of litter. One member of the parish council described the recent situation at Kexborough Bridge as ‘shocking’.

Coun Kilner said the problem was down to large numbers of visitors to the village and a small percentage not disposing of rubbish properly.

“We do get a lot of visitors due to Cannon Hall and the park and unfortunately some do leave litter behind,” he said. “We have to keep on top of the situation.

“The village has been getting worse but this is down to some visitors and not residents. Not all visitors leave litter, it is only a small percentage but it mounts up.”

Saturday’s was Cawthorne’s third litter pick in 12 months. “And it was certainly the best one,” said Coun Kilner. “The villagers showed wonderful community spirit. It was absolutely fantastic.”