Traders claim they are being forgotten about by council 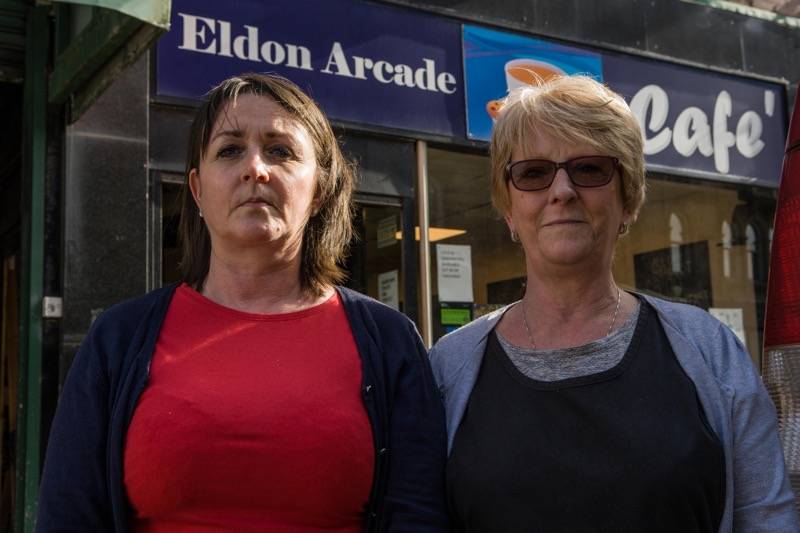 The discontent came to light during a meeting with town centre traders, held at Market Kitchen, where members of the council spoke about the ongoing redevelopment which is due to end next year.

The scheme is currently half-way to completion and is two weeks behind schedule due to Storm Ciara and Dennis, but it is expected to be completed on time next April.

Council bosses spoke of plans to increase footfall throughout the town centre including exhibitions and events such as the Tour de Yorkshire cycle race which will run through the town for the third year in May.

However, the meeting left some with a sour taste in their mouth as business owner Corinna Crichton, who runs Eldon Arcade Cafe, spoke about how she feels small businesses and sole traders have been let down by the council as the focus is on the Glass Works scheme.

“Small businesses in the town centre haven’t really had a look in,” she said. “I’ve been in the town centre for nine years and I only found out about these meetings by chance. I feel that all the council is concerned about is footfall into the new buildings and not looking after the traders who have been here for years.

“Luckily I have loyal customers but it is getting increasingly hard to compete with the Glass Works and the larger traders in town. I’m worried one day I won’t be able to keep up

“It’s all well and good the council focusing on the Glass Works scheme, but I feel that they have forgotten about small businesses which were here before it’s like they don’t care about us. We all just want to be treated equally and be made to feel that we are valued.”

Costs have crept up through the course of the development to a total of £180m for the construction work, but the council will now have to find another £10m to meet other costs, including money to meet loans in the early years of the project and to meet operating costs before the complex is completed and fully occupied.

However, costs for the overall development are kept separate from the finances for the new market, where rents for stallholders in the upstairs section were recently halved.

Coun Tim Cheetham, cabinet spokesman for regeneration and culture, said: “The positive impact of the development across the town centre is already visible. An investment like this not only stimulates inward investment and

economic growth, it creates more and better jobs our initial estimates suggest that the scheme will generate approximately 1,100 jobs by 2025.

“We continue to stringently review all cost and income projections associated with the development, to make sure that value for money is demonstrated and achieved.”