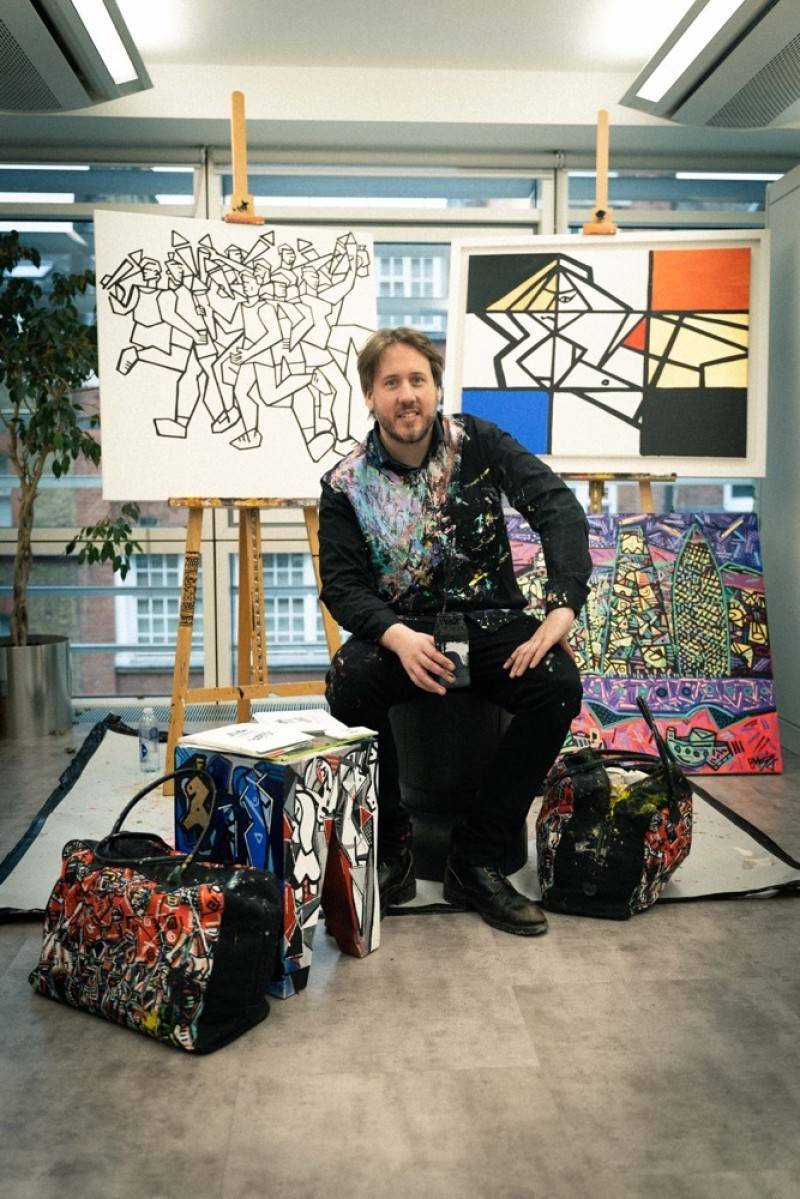 BARNSLEY Football Club’s official artist will be heading further afield for his next assignment, as he joins Team GB at Tokyo 2020.Ben Mosley has been selected as one of two artists for the team of more than 380 athletes, alongside former hurdler Max Denison-Pender, meaning as the action takes place he will sit on the sidelines paintbrush in hand.Ben has his distinctive work displayed at Wembley and a long list of endorsements from the likes of Sir Alex Ferguson, Wayne Rooney and Jose Mourinho - but it’s his work with the Reds which he thinks of most fondly, and which he says stood him in good stead for selection at the Olympic games in July.

Season ticket holder Ben, who was born in Hertfordshire after his Cudworth-born father moved there in the 70s - he remarks that he’s the first member of the family to be born outside of Barnsley in around 300 years - has produced several pieces for the club, including a 60-metre mural in the Pontefract Road End stand.“Sport, and particularly football, brings people together from all walks of life,” said the 38-year-old, who produced the mural over the course of five weeks and many late nights, with help from some Reds fans.“Barnsley have always endorsed me and my work with the club has given me that credibility.“I’ve always been proud of where I come from, and wanted to convey that sense of pride and togetherness in my work.“There’s no better platform for doing that than at the Olympics.”Ben has worked with Team GB previously, painting live from the Olympic park in London during the 2012 games and producing portraits of athletes including Mo Farah and Greg Rutherford.“The main thing as an artist is not to get in the way of the athletes and affect their focus in any way,” said Ben.“It will be challenging, but from previous experience the best preparation is to be flexible and react to things as they happen.”