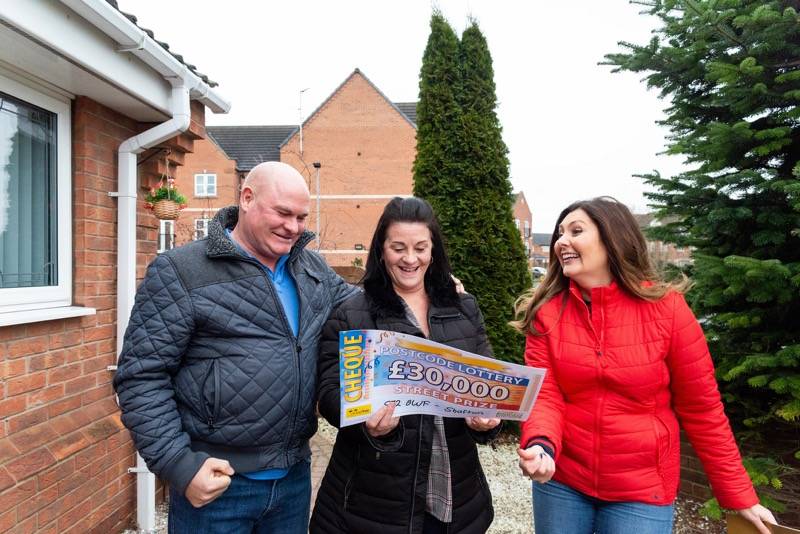 TEN residents on a Shafton street have pocketed £30,000 each thanks to the People’s Postcode Lottery.

The Plumpton Park neighbours scooped the cash after their postcode, S72 8WF, was announced as a winner on Sunday.

Winners included Andrew Hall, 37, whose partner Faye is due to give birth to a baby girl next month.

The pair have been together for 13 years after meeting at work and the couple, who both work as prison officers, are due to welcome baby Pippa into the world.

Andrew said: “I’m still in shock – Faye and I are over the moon.

“We’ve just moved in recently and with the baby on the way it’s come at the best time it ever could.

“We’ve already got a little boy so with another on the way we need a new car. It will be a massive help.”

Rachel Jewkes, 48, and her husband Malcolm were another happy couple receiving a cheque.

“It hasn’t sunk in and I don’t think it will for a while,” Rachel said. “We’ve got a lot happening next year with big milestone birthdays. We wanted to do a few different holidays and were wondering how we’d do it, but now we don’t have to worry.”

With a minimum of 32 per cent of every ticket going to good causes, players have helped raise more than £500 million to date for charities.

Rachel added: “Obviously you have a chance of winning, but I signed up because of the charities. You get so many different ones and I never know which ones to contribute to. I thought this would be a good way to contribute a little but still have a chance to win.”