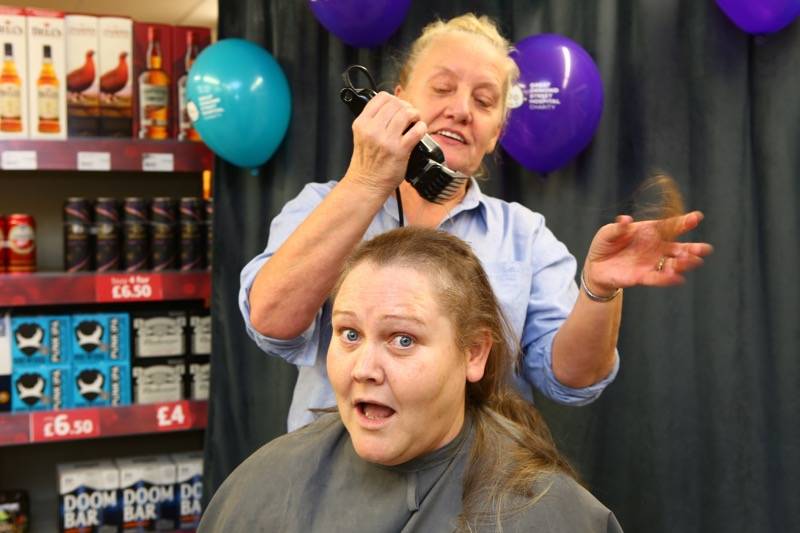 A WOMAN has shaved her hair to raise money for charity.

Joanna Beck, manager at McColls on Doncaster Road, Ardsley, shaved off her locks to raise money for McColl’s house, based opposite Great Ormond Street Hospital, London, who accommodate parents who have a seriously ill child being treated at the hospital.

McColls formed a charity partnership with the Great Ormond Street Hospital Charity and aims to raise £1m over the next three years and refurbish the house.

Joanna, who has worked for McColl’s for more than 19 years, decided to play her part in raising funds towards the company’s target.

She said: “I decided just over a week ago to shave my hair after hearing about the fantastic work Great Ormond Street Hospital do for children and the accommodation they provide for parents which is great for those who need it.”