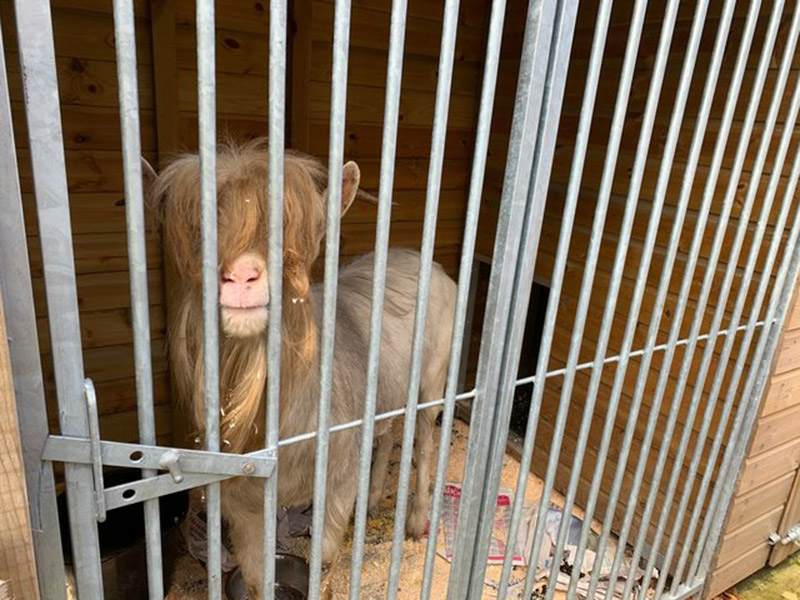 A FUGITIVE goat has been adopted by a local farm after he was found wandering the streets of Sheffield.

The goat, nicknamed ‘Billy the Kid’, was found by South Yorkshire Police roaming Greenland Road, Darnall, at about 8pm on Wednesday.

He was taken into the back of a police car to a nearby station and the unit took to Twitter to appeal for the owner to come forward.

The owner was identified and confirmed that the goat had escaped from an allotment but he didn’t want Billy back and the RSPCA picked up enquiries.

Wigfield Farm, based on Haverlands Lane, Worsbrough, offered to take the goat on, naming him Clyde.

Rose Whatley, the farm’s site manager, said: “We were delighted to work with South Yorkshire Police and the RSPCA to apprehend this fugitive.

“He has been renamed Clyde, after Bonnie and Clyde, and has been checked by the vet, given some good food, a manicure and been wormed so he’s doing well.