Students blowing their own trumpets 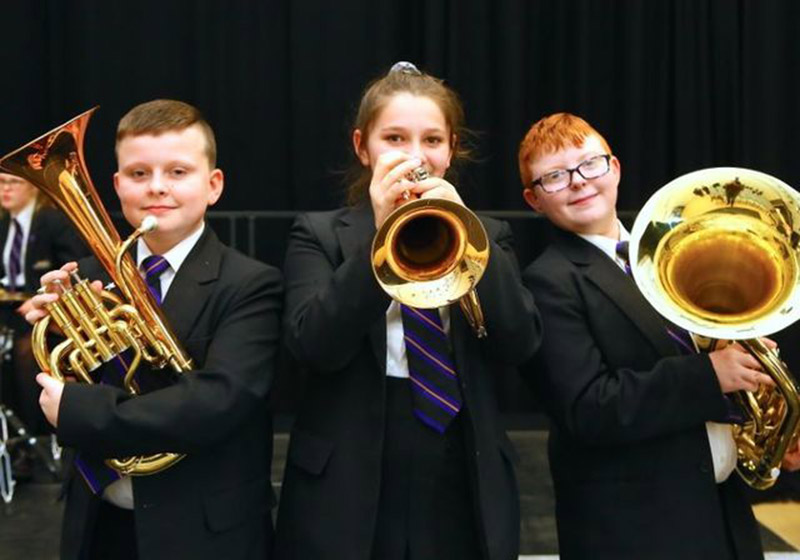 A YOUTH brass band will be performing in their first competition today.

The band, who only formed in September, comprises 11 to 12-year-olds who are in their first year at the school.

Most of the members have been playing their instruments for only two years due to funding allocated to primary schools.

Kate Wragg, faculty leader for the creative arts, said: “The pupils had music lessons in primary school which are paid for.

“Our head teacher, Cara Ackroyd, was keen to allow the pupils to develop their skill and for a band to form and so we paid for their lessons.”

The band will compete in the under 14 ‘Elementary’ category and will perform four pieces; Rossini’s ‘William Tell Overture’, William Henry Monk’s ‘Eventide’, a waltz and Rodrigo’s ‘Concierto de Aranjuez’ which was affectionately referred to as ‘orange juice’ by the students in a nod to the film, ‘Brassed Off’.

Kate said: “The kids are so excited. We’ve only been established as a brass band since September so to enter a competition this soon is amazing.

“We’ve got quite a strong music department within the school, but it’s nice to see the growth in interest in the more traditional instruments.

“A lot of pupils want to learn electric guitar and drums so I feel that by having a brass band we are bringing it back to its roots.

“The band have been to see Grimethorpe Colliery Band a few times and they really aspire to be like them, and with us being so close to Grimethorpe we just hope we can make them proud and show off how hard the kids have worked.”