‘When will someone tackle Wombwell Wood fly tipping?’ 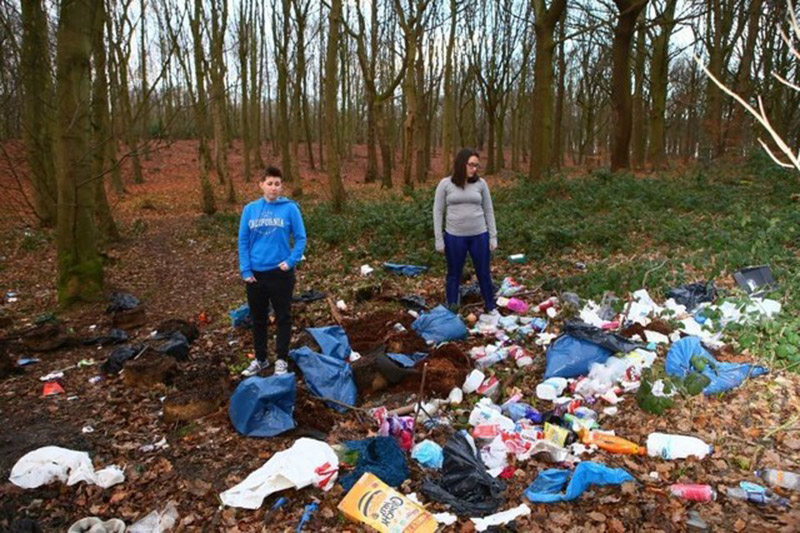 A WOMBWELL woman has said she is ‘so disgusted’ by the amount of fly tipping near her house that she avoids walking nearby.

Laura Waring, who has lived in Wombwell for 28 years, said there is frequent dumping of rubbish in the woods which has been going on for three or four years.

However, the 31-year-old said the fly tipping has become worse over the last few months and she wants something to be done about it.

“I’ve actually started trying to avoid going there as it’s quite upsetting to see really. I can go that way to get up to town for work but I avoid it altogether now.”

Ms Waring said she has contacted Barnsley Council and the Forestry Commission about the fly-tipping, but has had no reply so far.

She said: “I don’t understand why nothing has been done,

“This has been going on for so long now and it’s such a shame to see the rubbish in a lovely place like Wombwell Woods. It’d be nice to see a good outcome.”

Barnsley Council has confirmed that its teams are working to deal with the issue.

Coun Roy Miller said: “Barnsley Council plans to make further efforts to work in conjunction with The Forestry Commission, along with the Area Council and other contacts to deal with fly-tipping in Wombwell woods.

“There are enforcement activities ongoing in the wood area and our teams from Neighbourhood Services attend regularly to clear this waste and also the waste collected by volunteer groups. Through our #EverybodyThink campaign we are working hard to encourage everyone to dispose of their unwanted items and rubbish responsibly.”