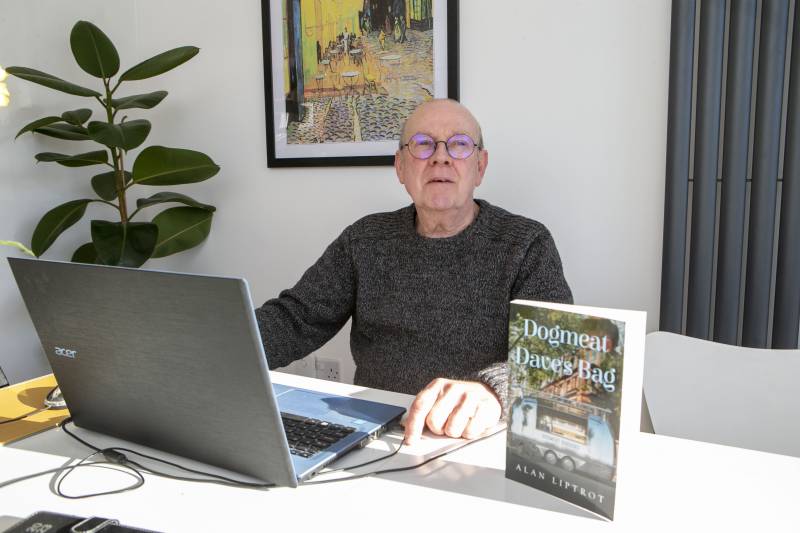 A PENSIONER who went through more than 30 sessions of radiotherapy before overcoming prostate cancer wants to show others there is a ‘light at the end of tunnel’ – after releasing his first novel and becoming a keen runner.

Alan Liptrot, 66, of Ardsley, was diagnosed with prostate cancer in 2017 – but he admits ‘putting it off’.

He told the Chronicle: “I kept putting off going to get it sorted.

“It got to the point where I had to go otherwise the alternative would have been to just ‘check out’.

“I had 37 sessions of radiotherapy for prostate cancer just before Covid struck, which put me into a period of shielding.

“I had a bit of a scare during that time with blood clots on my lungs, which almost saw me off.

“It started with a pain in my legs but I didn’t think much more of it.

“I got up one morning and I couldn’t breathe – I thought it was just Covid.

“I rang 111 who sent an ambulance within ten minutes and from there I got it sorted.”

After being faced with death, Alan found himself ‘down’ and with nothing to do whilst he was shielding – prompting him to get fit and write and publish his first book – Dogmeat Dave’s Bag.

“After all of that I started to try and get fit and got on some medication,” he said.

“I run on the treadmill for three miles every other day, so about ten miles a week.

“Whilst I was shielding I put a lot of weight on and I ended up going to Slimming World where I lost three stone.

“I started writing the book at the same time and it’s the first time I’ve ever had the time to do anything like this.

“The book is fictional and it’s a humorous crime novel.”

Based in the Barnsley area, his book has had rave reviews and has a five-star rating on Amazon.

The book is also available online on the WH Smith website.

Alan hopes his story will encourage others to see a ‘light at the end of the tunnel’.

“I hope my story could help local people who think there is no hope,” he added.

“Apart from physical problems I did have some mental problems, too.

“I was feeling really down.

“I never thought when I was diagnosed that this would have come from it.

“If anybody is currently in the same situation that I was, it shows that there is a light at the end of the tunnel.”