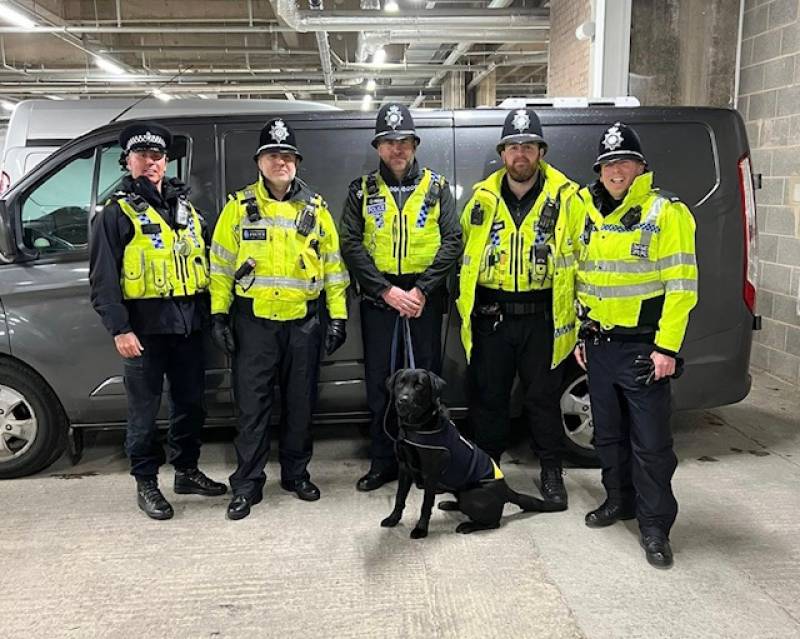 Officers from Barnsley’s Central Neighbourhood Policing Team scoured the town centre on Wednesday as part of a proactive drugs operation.

They clocked more than three miles patrolling and conducted a total of 14 stop-searches under the Misuse of Drugs Act.

Of those searched, two people were issued 48-hour dispersal notices.

PC Neil Crossland, who led the operation, said: “Despite the weather it was a successful operation.

“We want to make Barnsley a safe place for people to shop, work and enjoy the ongoing regeneration.”