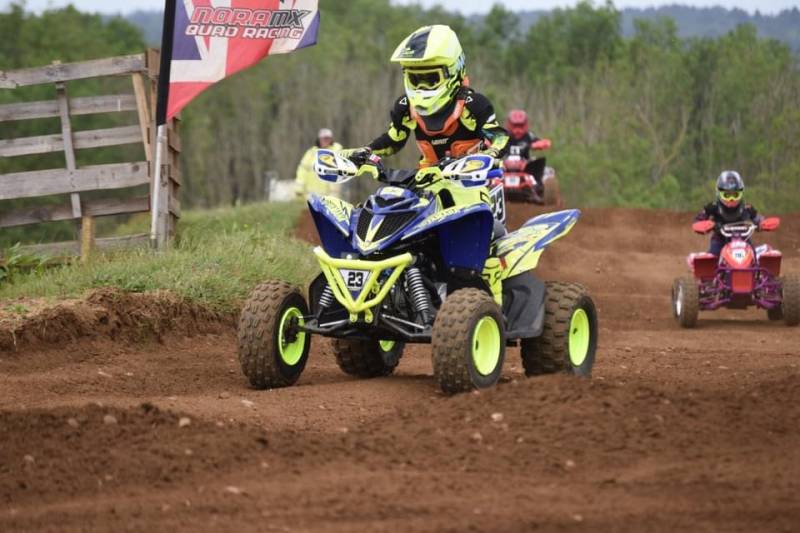 A GOLDTHORPE mum is keen to dispel the bad reputation often attached to quad biking after her young son took up the hobby and went on to win a national championship.

Seven-year-old Harry Barker was given a quad bike for Christmas 2020 and mum Chloe Hopper says that it has led to lots of opportunities and new friends for her son.

“Harry really took to quad biking and I started looking around for clubs where he could do it properly.

'We now travel all over the country and he has won the Nora MX Quad Racing Championship this year.

“We’ve been away nearly every weekend and have been as far as Torquay and also to Wales quite a few times.”

Nail technician Chloe, 30, says that it is such a family-oriented sport and Harry and his family now have friends from all over the country.

“It’s been really good for Harry and that’s why it is a shame that quad biking gets a bad name because of anti-social riding in the area when clubs are easily accessible.

“We live in Goldthorpe and you see people rolling their eyes when they see them but with a bit of effort there is so much riders can do to take it up as a hobby rather than cause a nuisance in fields.”

The quad biking season runs from April through to October so Heathergarth pupil Harry will be training over the winter and will be using geared bikes next year.

The youngster has a list of ambitions which includes taking part in the PDV race in France in the future.

“It’s a massive race and he would love to do that but needs to be nine before he can take part,” said Chloe.