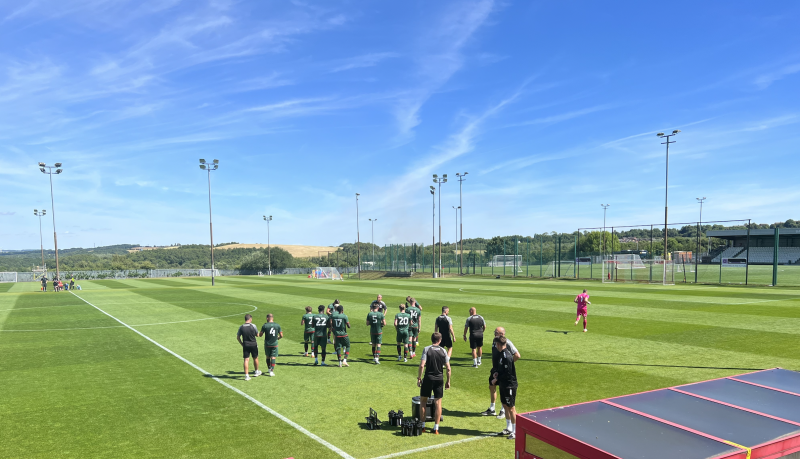 CALLUM Styles picked up his first minutes in pre-season as the Reds were unable to break through League Two Crewe’s defence in a 0-0 draw.

The much-sought after Reds player played the entirety of the first half, and generally impressed in his left wing-back role.

New signing Luca Connell got stuck in from the start, and he could be the sort of player the Reds need to sure up their midfield.

Liam Kitching found Herbie Kane early on in space but his cross was poor and resulted in very little.

Barnsley had the majority of possession in the opening stages, with their lower league opposition having very little of the ball.

Almost twenty minutes in and Mads Andersen found himself free at the back post, but his effort was sliced and it went behind for a goal kick.

Quick play from the Reds almost saw them take the lead 35 minutes in, but Aaron Leya Iseka was judged to have fouled a Crewe defender, before heading narrowly wide.

Barnsley continued to have the majority of the ball, but worked well off it too.

Luke Thomas intercepted a Crewe free kick and ran at the away side’s defence. After a ball into the box, neither Devante Cole or Aaron Leya Iseka could get on the end of it.

The Reds’ best chance of the half came just minutes before the whistle, as Andersen’s flicked header is met with Liam Kitching - but he headed over just a few yards out.

After a first half in which Barnsley dominated the ball but couldn’t find the vital breakthrough, new head coach Michael Duff made three changes, including Brad Collins in goal.

Matty Wolfe broke into the box ten minutes into the second half, but his attempt to play the ball backwards ultimately found no one and Crewe picked up the ball again.

Every Reds player who hadn’t been subbed at half time then left the field for eight new players, some of which were from the academy.

The away side came into the game more following the subs - but they were unable to create any clear cut chances.

Will Hondermarck played in the midfield, rather than right wing-back, and looked calm in possession.

Crewe nearly grabbed the opener as Dan Agyei broke into the box, but his effort was saved well by the returning Collins.

Jordan Hellilwell had Barnsley’s best chance of the second half as Hondermarck and Wolfe combined to find the young full back, but his effort was straight at the Crewe goalkeeper.

Jack Aitchison was then the next Reds player to try and open the scoring, but his shot from just inside the area was over the goal.

The game fizzled out as the full time whistle came closer - and the Reds were unable to break down the League Two side.