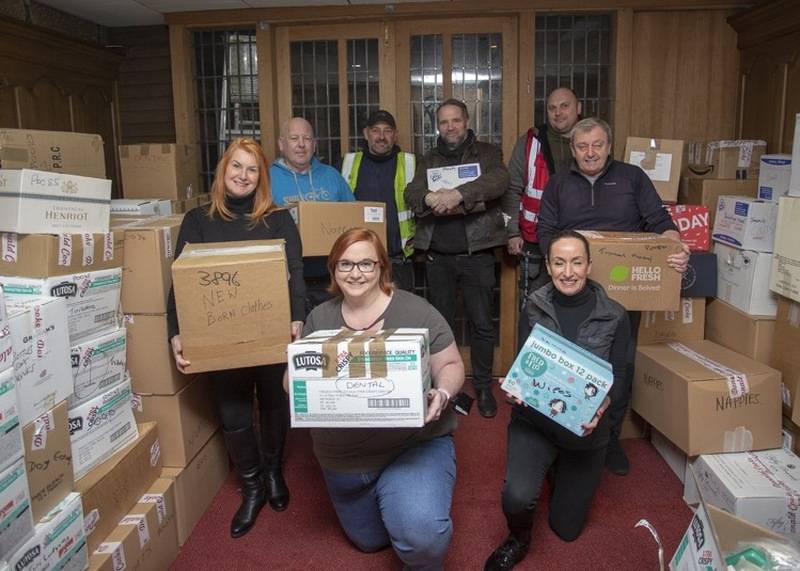 ONE donation hub collecting items given to support Ukrainian refugees has now closed.

The Penistone hub - based at St John's Church on Shrewsbury Road - was part of the United for Ukraine appeal started up to support Ukrainians who had been forced to flee to Poland following Russia's invasion of their home country.

The team have said donations at the site have been dwindling in recent weeks, suspectedly down to people already having donated what they can, the cost of living rises, and the reduction in news coverage on the war in Ukraine.

Other collection hubs in the appeal, which was started by Pogmoor man Ryk Matysiak, remain open and donations are encouraged.

A spokesperson for the United for Ukraine appeal said: "It is with a sad and heavy heart that it's been decided to close our Penistone donation hub.

"I'd like to thank everyone in Penistone and the surrounding area who have taken the time and made the effort to donate.

"I'd like to say a big thank you to Father David at St John's Church for letting us use the space but mostly my biggest thanks go to the tireless work and selflessness of the volunteers that turned out every week to sort through the mountains of clothes and other items.
"You are all amazing people.
"Donations are still being taken at the Alhambra in Barnsley and Milton Hall in Elsecar.
"All up to date info can be found on our Facebook page United for Ukraine."
Share