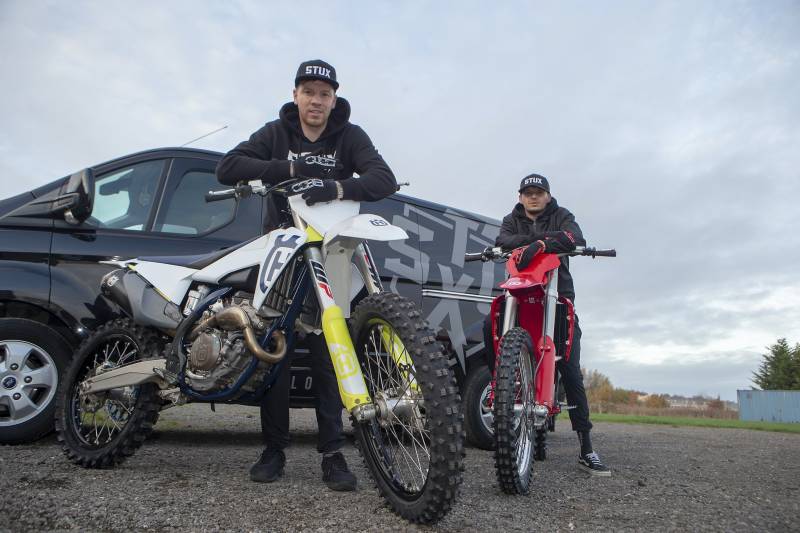 A ROYSTON man will be featuring on TV screens on Monday thanks to his relationship with music group Bad Boy Chiller Crew.

James Lassu, 32, might be better known for his motocross career in which he has travelled to compete in high-level competitions.

But his role in graphic design, and now clothing, has led him to have an unusual partnership with one of the country’s most influential bassline groups.

The Bad Boy Chiller Crew, from Bradford, began by uploading comedy and prank videos online before making music in the UK bassline scene.

James, who owns brand Stux Gloves, created a pair of gloves for the group and will feature prominently on their ITV2 show on Monday at 10pm.

He told the Chronicle: “I’ve raced motocross pretty much all my life at a really high level but unfortunately it’s a bit of a dead sport because you can’t make much money out if it.

“I got into graphic designing and printing and by doing that I got introduced to the Bad Boy Chiller Crew.

“I’ve got a company called Stux and we’ve got a partnership with them and we’ve been working together for around four months now.

“We’ve been shipping the gloves all around the world to places like Dubai, Australia and New Zealand.

“The ITV crew came to our officers in Royston with them and it’ll be on the show on Monday – it’s a really popular show.”

Know the rules for E-scooters

Gritters gear up for winter