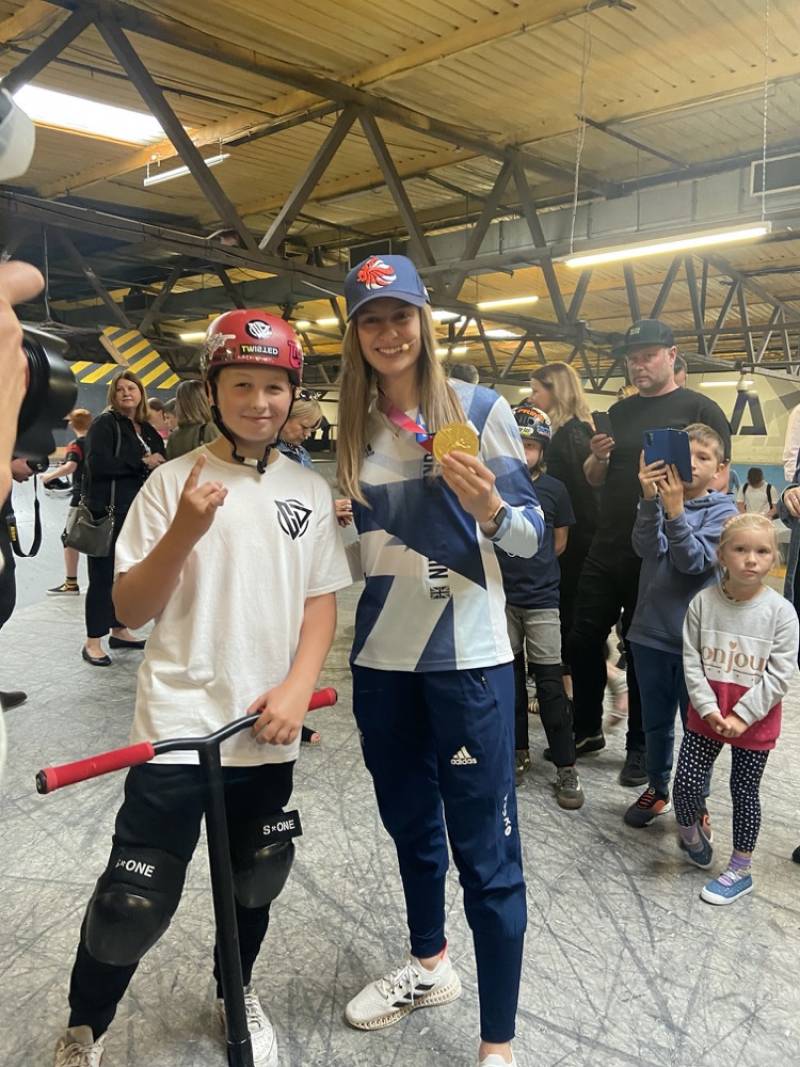 SCOOTER rider Charley Dyson is already a star in his own right – but he’s also got a famous friend or two cheering him on.

The Wombwell teen became the world’s youngest professional scooter at eight years old and has regularly competed against athletes up to twice his age around the world.

He’ll be hoping murmurs of scooter riding becoming an Olympic sport are validated soon, so that he can follow in the footsteps of friend Charlotte Worthington – who won a gold medal in BMX freestyle at this year’s Olympic Games in Tokyo.

The pair met five years ago after signing for the same team and have stayed friends since, reuniting at a recent celebration event held in Corby for Charlotte and fellow Team GB rider Declan Brooks.

Charley, 13, is hoping to get back to regular competition now having had little chance to practise during lockdown.

But his mum Delise said – despite him just getting back onto the ramps at Dexx, on Derwent Way, Brampton – he’s instead been using his time more selflessly.

“Charley has given his time and organised a morning where kids from Tot2Teens nursery at Hoyland have had sessions at Dexx skatepark,” she said.

“He took time to have pictures, rode with all the kids, and gave lessons to build the kids’ confidence.

“He also played on the trampolines with the kids, teaching them how to backflip and playing trampoline dodge ball.”