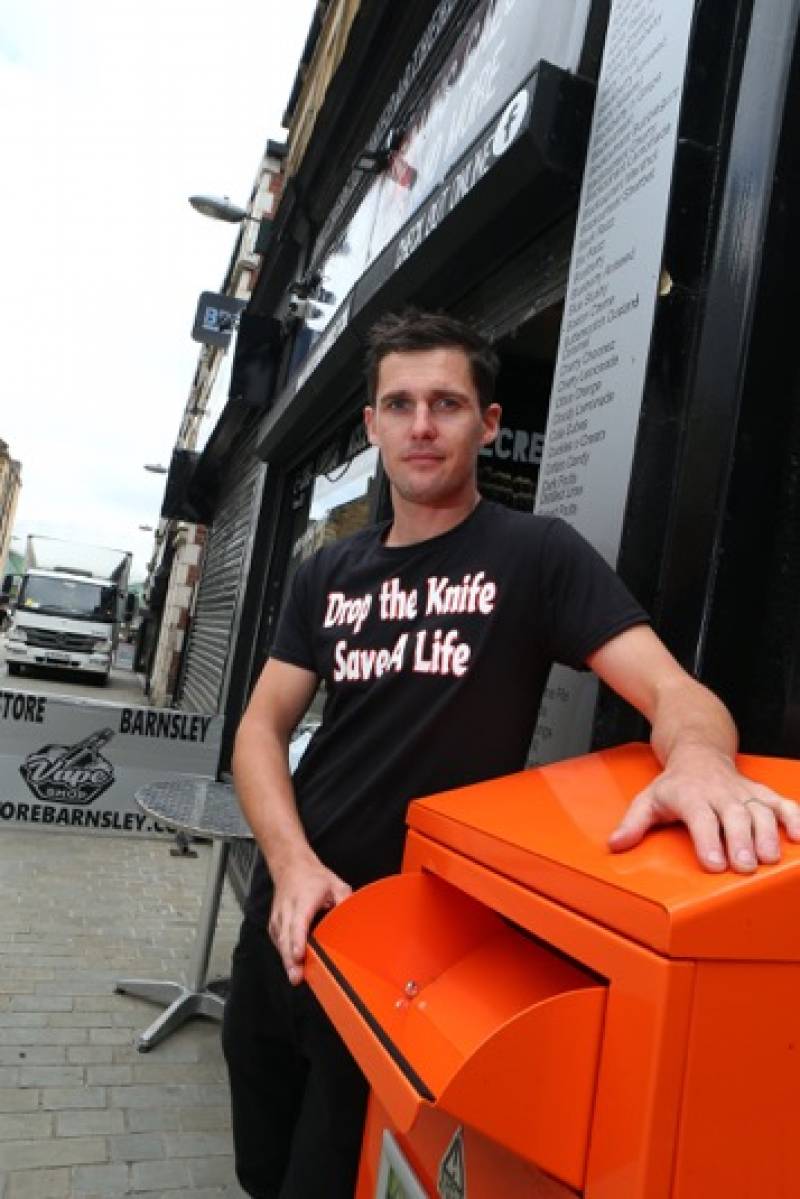 A WEAPONS amnesty bin outside a town centre shop is hoped to combat ‘scary’ rates of knife crime.

Mitchell Cavill is the owner of Vape Store and Bargains Galore on Regent Street South – and for the last three years he has had a weapons amnesty bin inside his shop.

He told the Chronicle that in that time a number of people did come in to drop knives off, but he’s now hoping more weapons will be deposited in the new outside bin.

“Over the last few years I think that knife crime has gone through the roof – just last week a 15-year-old died in Barnsley,” said Mitchell.

“My daughter is 14 so it’s really scary to think about.

“Knife crime is something that really needs addressing and I’m hoping that this is going to do that.

“I’ve had a bin inside the shop for a few years now but I’ve managed to get one outside which hopefully will bring a whole new level to the town’s attitude on knife crime.”