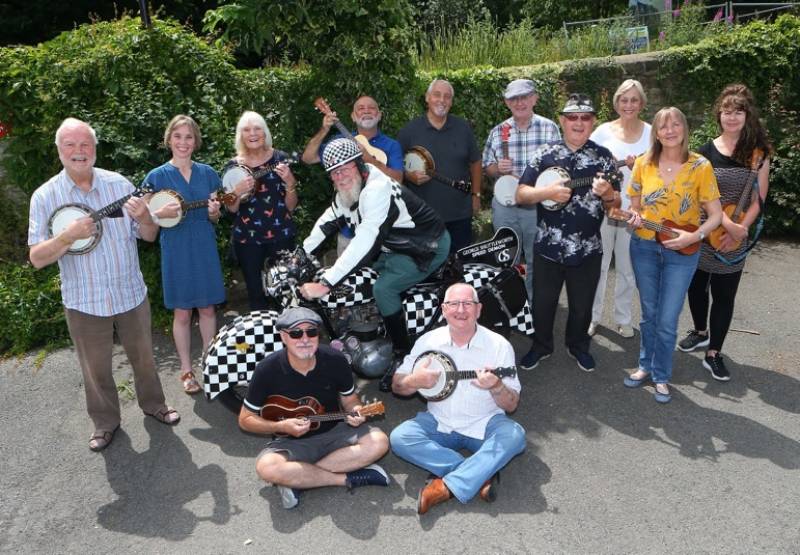 MEMBERS of Barnsley’s branch of the George Formby Society are preparing to tune up their ukuleles for the first time in more than a year.

And the dedicated bunch of ukulele and banjolele players are inviting people to come and play a tune or two at their new home, the Boatman’s Rest pub in Worsbrough.

You don’t even have to be a fan of the 1930s and 40s comic songwriter that lends the society its name.

Indeed, branch organiser Cathy Staniland said the younger audience the group hope to attract probably won’t have even heard of the Wigan-born entertainer.

“People could be put off by the name, but all ukulele and banjolele players are welcome, whatever their style.

“We have people play all different styles of music.

“We want to make it known it’s not such an old man’s thing – George Formby died 60 years ago – and while we’ve got some members who purely play George Formby songs, some don’t at all.

“It’s a friendly environment where people can get up and play a few songs, whatever they are, rather than hitting an open mic night.”

The group, which has 30-plus members, was previously known as the Sheffield branch before adopting its South Yorkshire moniker when it moved to Barnsley.

Cathy said the move to the Boatman’s Rest was ‘like a fresh start’ after a long period with no meetings.

The group will meet every third Thursday of the month, starting next Thursday at 7.40pm.