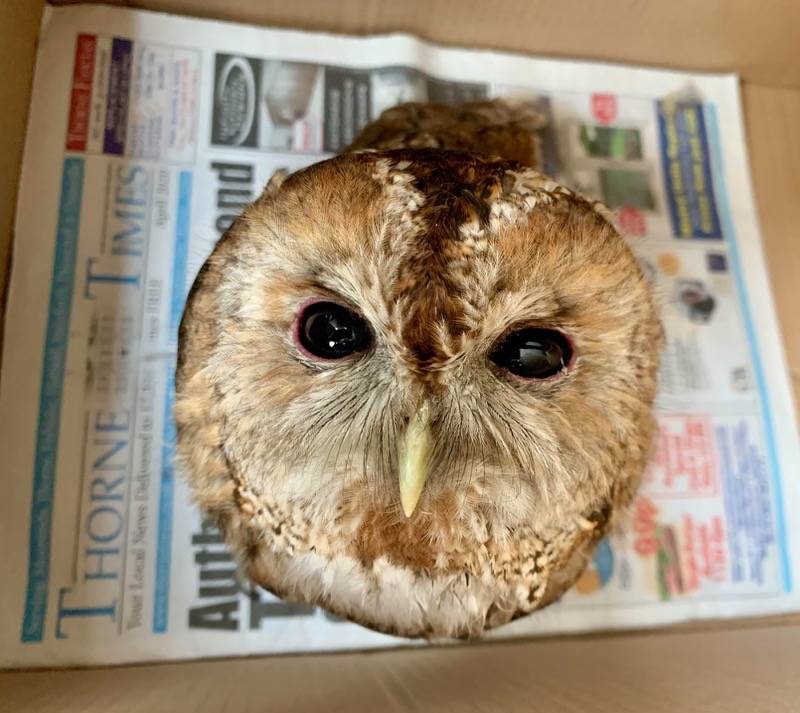 A BIRD of prey which was found unable to fly on a busy dual carriageway in Cudworth was released back into the wild last week.

The tawny owl was found by a member of public, on February 23, who was able to encourage the bird into a box before taking him back home.

Inspector Leanne Booth was sent to the collect the injured owl, who was taken to the RSPCA’s Stapeley Grange Wildlife Centre in Cheshire for treatment.

Lee Stewart, manager at the centre, said: “This was a very fortunate owl as usually in road traffic collisions more damage is incurred.

“The owl most likely was stunned as on X-ray no breaks or fractures were seen.

“It had been quite windy the night before so he may have been blown off course and into an object.

“We were able to give him time in isolation to rest and when the vet was happy with his progress the owl was then transferred into one of our larger aviaries.

“After a couple of weeks he was ready to return to the wild.”

Liz Braidley, an RSPCA animal rescue officer, was able to take the owl back to where he was found last week – a heart-warming moment that was caught on video.

She said: “It is always a pleasure to release an injured animal back into the wild after it had been rescued and recovered in the RSPCA care.

“Watching a majestic bird like this fly off freely is amazing – it is always a proud moment for the whole team involved.”