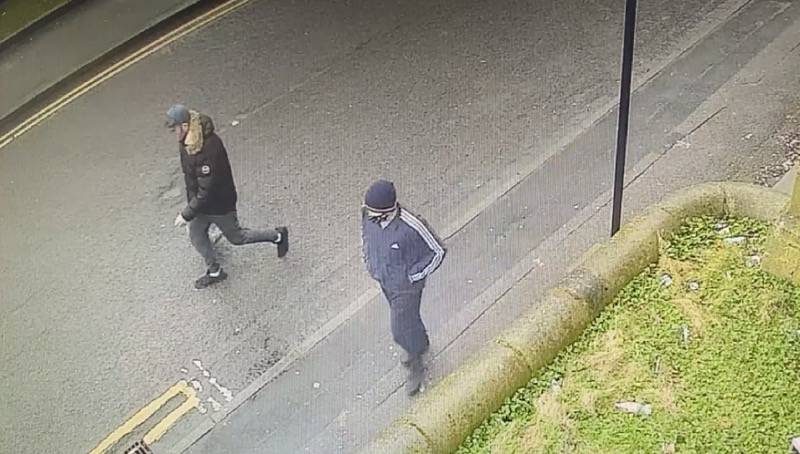 POLICE officers have released the CCTV footage of two men in connection with the robbery of a 12-year-old boy.

On March 16 around 8.15am, the boy was standing at the bus stop outside the Dove Inn on Doncaster Road, when two men approached him.

One of the men demanded his mobile phone and made threats towards him before snatching the phone from his hand.

The suspects made their way onto Sheffield Road before walking up Union Street.

They are then known to have been near to Morrisons before walking down George Street and then towards Dodworth Road.

Officers conducting enquiries appealed for information following the incident and as a result now have CCTV footage to release.

PC Rebecca Robinson, leading the investigation, said: “Our investigation into this robbery is still progressing and I would like to appeal to anybody who recognises the men in the footage to come forward and assist with our enquiries.

“The boy involved in the incident was fortunately unharmed but still understandably shaken, and we know that incidents of this nature will be alarming to parents in the local area, we are continuing our enquiries to find those responsible.

“I would also ask any members of the public who live or work on the following streets: Doncaster Road, Waltham Street, Union Street, Copper Close, Britannia Close, Thomas Street, George Street and Dodworth Road to carefully check their CCTV or dash-cam footage for the times between 8am and 8.30am that morning to see if they have captured any footage of two men, dressed in dark clothing, who could be linked to this investigation.”

Anybody with information or who recognises the men should contact the police on 101 quoting incident number 147 of the March 16.