HOPE being handed out to many by charity 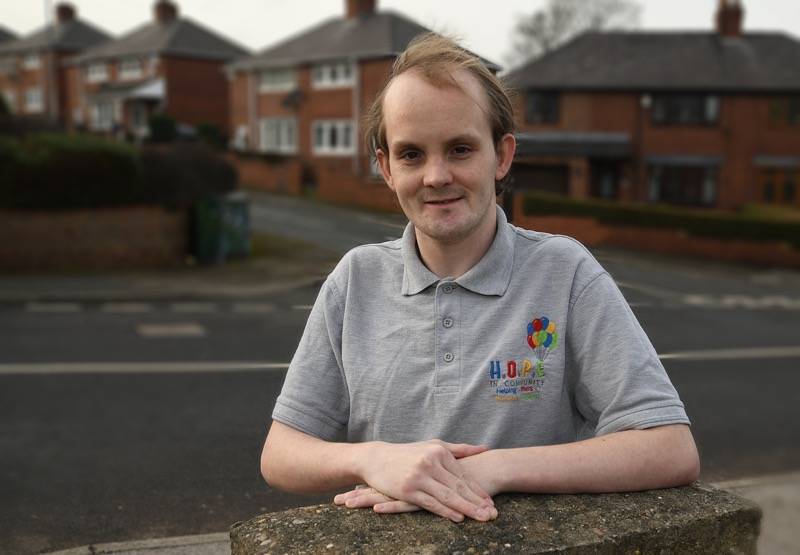 A CHARITY which was set up to support residents across the borough as a result of the founder’s first-hand abuse story has been nominated for a Proud of Barnsley award.

The foundation HOPE – Helping Others Positively Engage – was founded as a community group in 2017 by 28-year-old Peter David Robertshaw, of Worsbrough Common, as he wanted to help others after he suffered abuse as a youngster.

The community group became a charity last February, a month before the first lockdown, and had to take tasks online – something Peter admitted was hard at first but the response the group has received since has been great.

“We were founded in 2017 as a community group and we became a registered charity last February – I started it because as a kid I suffered abuse and I wanted to provide support and a safe environment for people,” Peter said.

“Normally we do cooking classes and toddler programmes but because of coronavirus we have had to put this on hold.

“We took everything online and we started a listening service because we noticed that there were a lot more people suffering with their mental health.

“We have 23 clients on that service now and the demand is just getting higher.”

There are usually around 30 active volunteers for the charity, but due to many of the volunteers being single parents, there are currently only around five to ten volunteers.

“In our Healthy Holidays programme we support more than 100 kids as well but there’s probably only around five to ten active volunteers right now,” he added.

“We’ve started to recruit more volunteers for our listening service and we’re hoping that people get involved – they can contact us through our website.

“The charity is for the whole borough but the Central Area Council is the main place that we provide our service.”

Upon hearing of their nomination in the Charity of the Year category, Peter said: “It’s great to be nominated for the award because the feedback we receive is what keeps us going.

“When we get positive feedback it shows that we’re doing something right.”