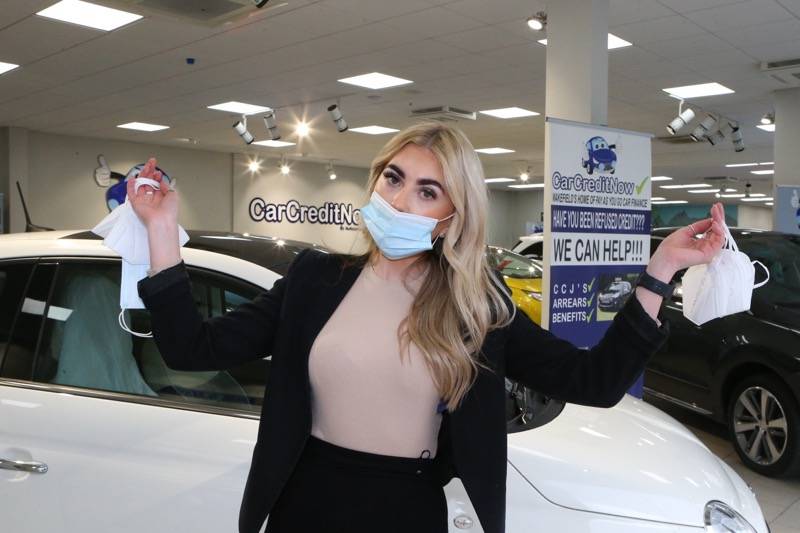 A CAR garage owner was reportedly targeted in an ‘illegal raid’ which saw half a dozen police officers descend on the building – purely because staff had stayed behind to do their ‘secret Santa’.

They proceeded to take down details of the people there, warning they would issue each a £200 fine.

The garage had closed at 6pm, as normal for a Saturday – but staff had stayed for an hour to swap presents and have a bite to eat, with two musicians asked to play festive tunes on acoustic guitars.

Jon, 41, said: “There were police officers storming through the front door with no reason.

“But they’ve harassed me and my staff, and a couple of customers who were still in the shop – it’s not uncommon for us to stay anyway, if we have customers to help.

“We’ve had a lot of mental health and wellbeing issues within the staff, due to furloughing and letting people go.

“So we decided to have a bit of food, get a couple of guys playing Christmas songs on acoustic guitars – trying not to overstep the mark but put a bit of something together, for that wellbeing and moral support. Were we in the wrong?"

Jon said when he stood up to the officer, he was issued with ‘ridiculous’ requests that he knew he couldn’t fulfil – such as showing police his payroll to ensure all the people in the building were staff.

He added the firm employed 45 staff, around half of which were present on the evening.

Jon said the business has struggled to survive this year, with sales down by 70 per cent.

He also said he would ‘wholeheartedly’ defend his staff if they faced any further allegations that they were breaking guidelines.

A police spokesperson said fixed penalty notices were issued to 30 people, with body-cam footage reviewed after the event.

“There was food, alcohol and a band playing,” they added. “This was clearly a pre-organised event and was a deliberate and blatant breach of Covid regulations.

“The company directors have also been reported for encouraging an offence.”