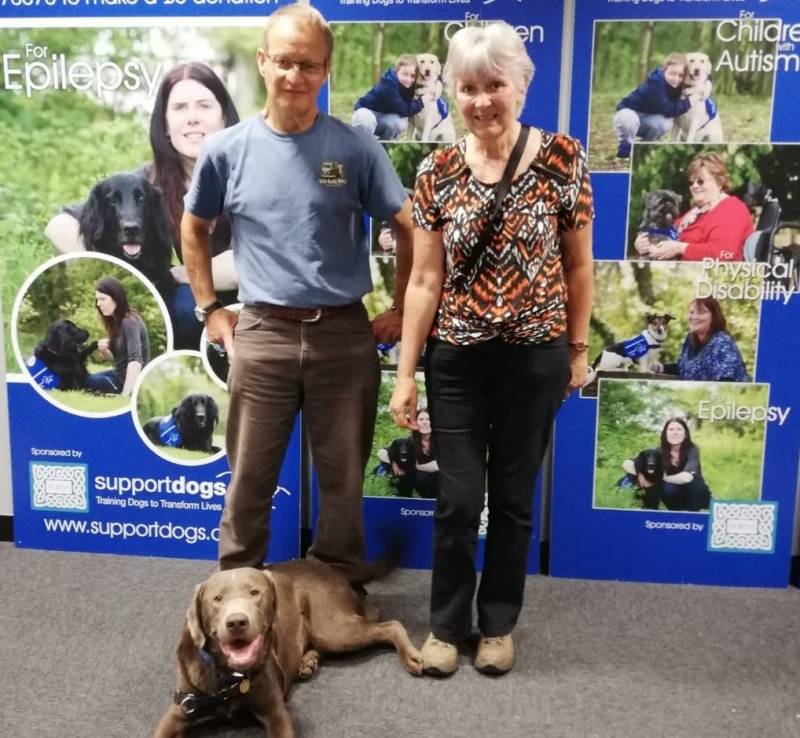 A HOYLANDSWAINE couple who help socialise future support dogs have won an award for their dedication to helping train the pups.

Maureen and David Lofthouse were named Puppy Socialisers of the Year by the national charity Support Dog.

They were given the award for their work giving pup, Ivor, the best start and helping him on his way to becoming a fully-trained support dog with the charity.

Maureen and David began training Ivor a year ago, after they swore they would never have another dog when their beloved pet Buster died aged 16.

However the couple missed having a dog about the house and soon began socialising Ivor.

“I opened the door, there he was, and I knew he wasn’t going anywhere,” said Maureen, 62. “It was love at first sight. We’d had a couple of holidays planned but then lockdown happened and holidays became irrelevant, so we decided to keep Ivor on.

“He worked hard and played hard.” said Maureen. “He was also an utter tea towel thief - always coming up to me with one hanging out of either side of his mouth and I learned not to leave shoes or slippers on the floor.”

The couple recently bid farewell to the pup after looking after him for more than a year.

Maureen also came up with a fundraising campaign for the charity and has designed a Support Dogs tea towel which was inspired by Ivor's love of them.

Her idea has helped to raise more than £300.

Danny Anderson, fundraising manager from Support Dogs said: “We rely so much on the goodwill of our fantastic volunteers to help us train our life-transforming dogs, and although being a puppy socialiser can be extremely rewarding it can also be very demanding.

“We’re very grateful to Maureen and David for their work with Ivor, and for their continuing involvement with our charity – they really go the extra mile for us.”