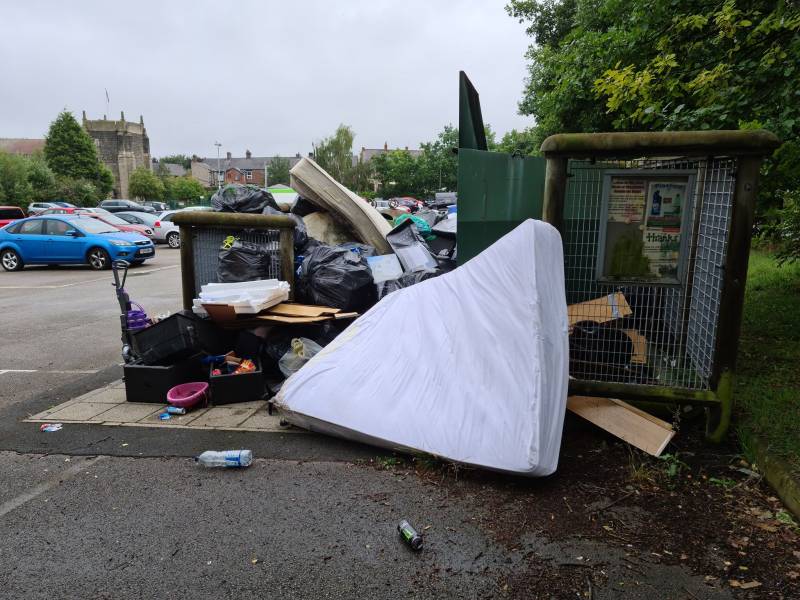 AT least two council operatives have been removing waste each week from a fly-tipping hotspot in Wombwell.

The car park on Summer Lane has recently been blighted with stacks of rubbish, forcing the council to install CCTV cameras at the location.

The cameras will be in place for the next three months and the council say that they have already caught footage of fly-tipping taking place at the site.

Coun Chris Lamb, cabinet spokesperson for environment and transport, said: “Our teams have made multiple visits to Summer Lane since March to clear incidents of fly-tipping and to take enforcement action.

“Our team regularly clear fly-tipping from Summer Lane, with at least two operatives removing waste from the area each week.

“The most recent incident of fly-tipping at the site will be removed.

“It’s become clear in recent months that this location has developed into a fly-tipping hotspot, and we’re actively working to tackle incidents of dumped waste in the area.

“We’ve installed our monitored CCTV cameras at the location for the next three months, and have already caught video footage of fly-tipping incidents taking place.

“Investigations into this footage are being carried out, and we will be inviting a number of people in to explain their actions.

“We will continue to monitor the location and take action against any offences.

“Our teams work across the borough to tackle fly-tipping, clear dumped waste, and take legal action against those found responsible – this includes issuing fines and seizing vehicles used as part of fly-tipping offences.”

Residents are encouraged to report fly-tipping on the Barnsley Council website here.