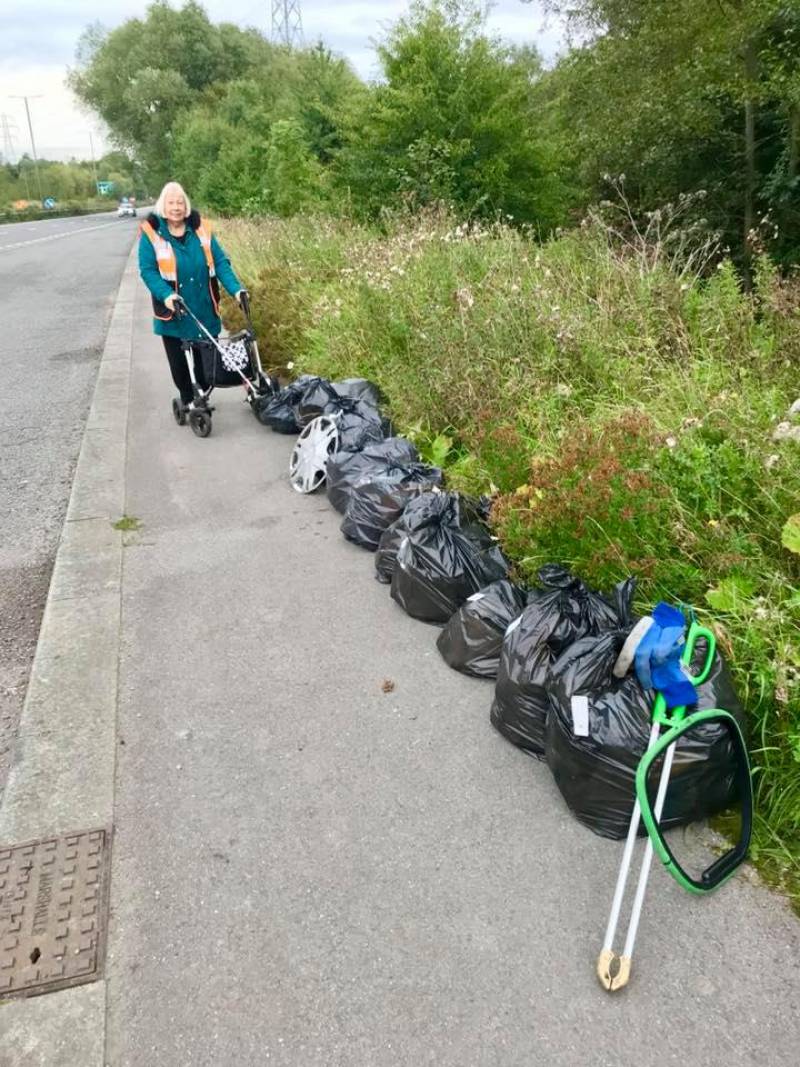 A LOCAL litter-picking group who cleared more than 10 bags of waste from a single bypass in Cortonwood yesterday have urged drivers to stop throwing litter out of their windows.

Volunteers at the Wath, West Melton and Brampton Litter Pickers met at one section on the Cortonwood bypass at 6.30am yesterday morning (September 12) and cleared large amounts of waste.

Now Don Keating, one of the group’s volunteers, has urged passing drivers to take their rubbish home rather than throwing and ditching rubbish.

He told We Are Barnsley: “What gives people the right to just throw their unwanted waste out of their car windows?

“We cleared this area about three weeks ago so it’s obvious where the rubbish has come from which is cars.

“What’s so hard to understand about taking your litter home? It’s disgraceful and people shouldn’t be doing it.”