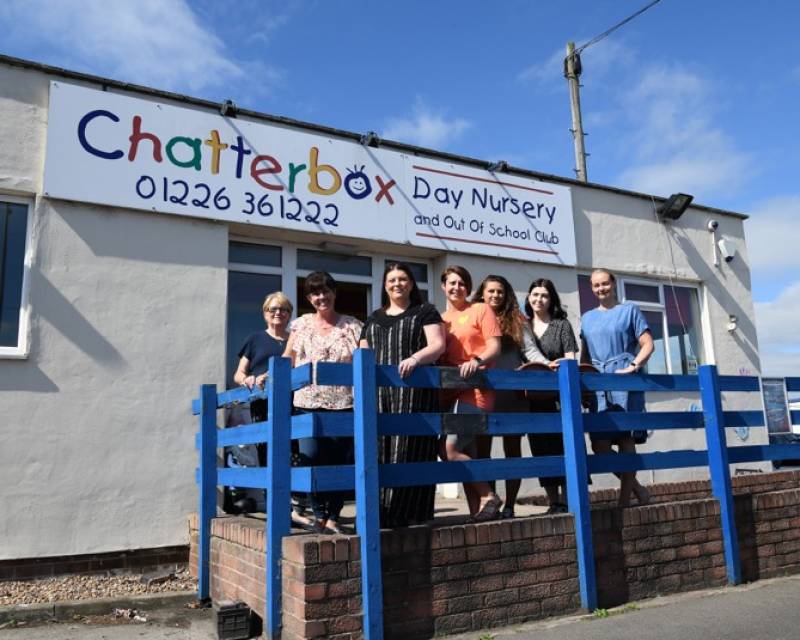 A BIRDWELL nursery which has been supporting children throughout lockdown – even accepting kids from closed nurseries – has been nominated for a Proud of Barnsley award.

The Chatterbox Day Nursery, on Sheffield Road, has been open every single day during the pandemic to ensure that children, up to five years old, have the correct support during lockdown.

Sarah Dyson, 32, the manager at the nursery, said: “I know quite a few of us haven’t had a day off since this all began, and we’ve been accepting kids from nurseries that have been closed so that they have somewhere to go.

“For the first week or so we only had four or five kids in the nursery but we’ve been happy to have children with key worker parents coming in throughout the whole thing.

“Right at the start of it we didn’t have much guidance, if any, from the Department for Education, so we put our own guidelines in place to ensure the safety of everyone that was there, but as soon as the proper measures were put in place we made sure that we adhered to them.”

Sarah has worked at the nursery for 14 years but became the manager in January, and she admits it’s been a hectic time for all staff involved.

“We’ve been cleaning and sterilising toys every hour, and when the children show symptoms of coronavirus we’ve been getting them tested which is a difficult enough task,” she added.

“As a manager my role would usually see me in the office but it I’ve had to be very hands on recently and we’ve had to be on top of our game for sure.

“It’s quite difficult to get babies to socially distance but we’ve certainly been trying our best to keep everyone, both staff and kids, safe.”

Upon hearing of their nomination in the Exceptional Achievement category, Sarah added: “It’s absolutely brilliant that we’ve been nominated but I have to say that I’m really shocked.”