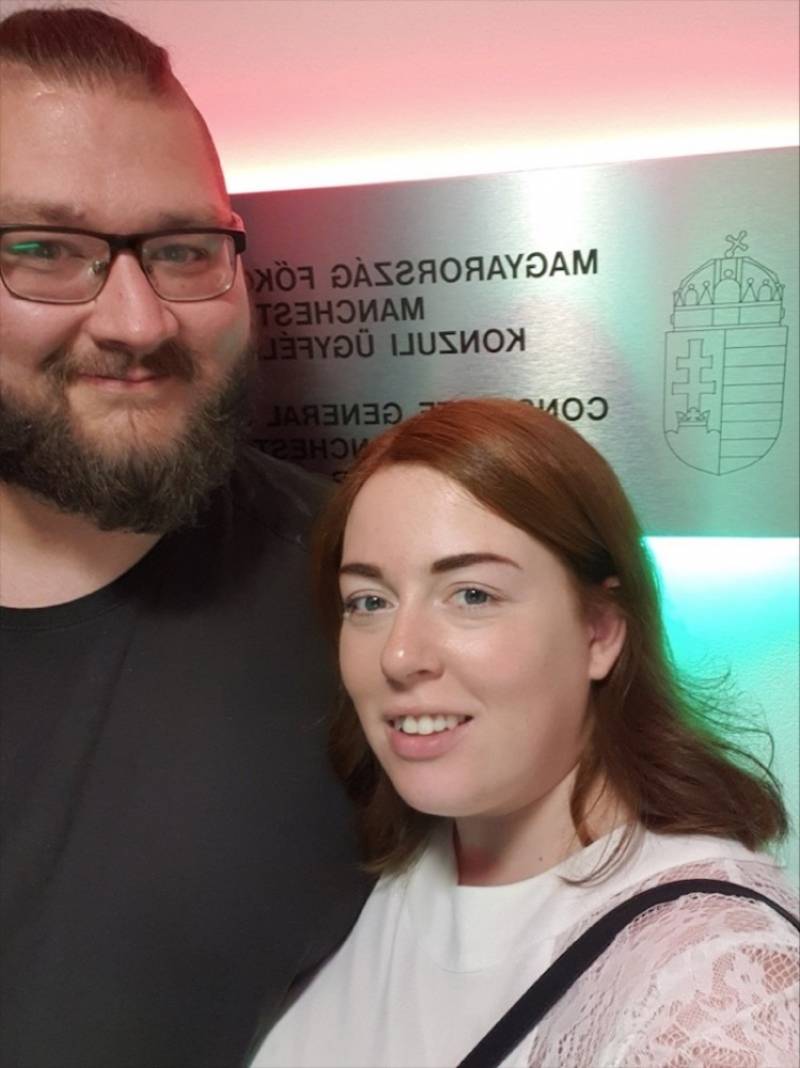 A FATHER – whose wife and children were hit by an uninsured speeding driver – has called for his local MP to take action on a ‘danger road’ plagued by speeding.

Aidan Bozzay, 27, of Crown Avenue, Cudworth, was left shaken after his wife, Rebecca, and two children were victims of a hit-and-run collision on nearby Darfield Road which left their car completely destroyed.

Now, the dad-of-two has written a letter to his MP, Stephanie Peacock, to campaign for anti-speeding measures to be installed on the road to avoid similar crashes in the future.

Aidan told the Chronicle: “Luckily my family weren’t seriously hurt but this could’ve been so much worse.

“Speeding drivers are an absolute blight in our community and it seems the authorities only care when someone is injured, and even then nothing gets done.

“It’s only a matter of time until someone is seriously injured or killed due to reckless driving, it could’ve so easily been my family.

“The road is notorious for speeding, with some people seemingly using it as a race track during lockdown.”

In his letter addressed to the Barnsley East MP, Aidan raised his concerns about speeding on a road where a local school is based.

“The accident with my wife and children occurred just outside Birkwood Primary School which is a scary thought.

“Imagine the same incident happening when our children are fully back in school. It could’ve had terrible consequences.

“This has encouraged me to contact Stephanie Peacock before things got worse.

“There should at least be a lollipop man or lady to help children and their families safely cross the road during school start times and finishing times.”

The dad is now campaigning for speed bumps to be fitted on Darfield Road in a bid to ‘save lives’.

“Since the crash, I’ve been a shoulder to cry on for my family as I wasn’t in the car with them at the time.

“This left me feeling useless and not able to help them or make things better. But I hope by reaching out to our MP, I can improve conditions for others.

“I’ve asked, on behalf of the community, that speed bumps be placed along the road before and after Birkwood Primary, and speed cameras where Darfield Road meets Edderthorpe Lane.

“This incident that involved my family could have easily turned into a fatality if the collision had been head on.”

Stephanie held a virtual public meeting, alongside John Healey, MP for Wentworth and Dearne, earlier in the week to discuss speeding in the area.

She said: “For too long residents in our community have had to deal with speeding and antisocial behaviour on our roads.

“Following enquiries we have received from concerned residents, John Healey and I decided to hold this meeting so that residents could air their concerns directly with us.

“Firm action must be taken on this issue residents in our community must be able to live their lives in peace, and I will be working with John, Barnsley Council and our police to try to deliver sustainable long term solutions to these long-running issues on our roads.”