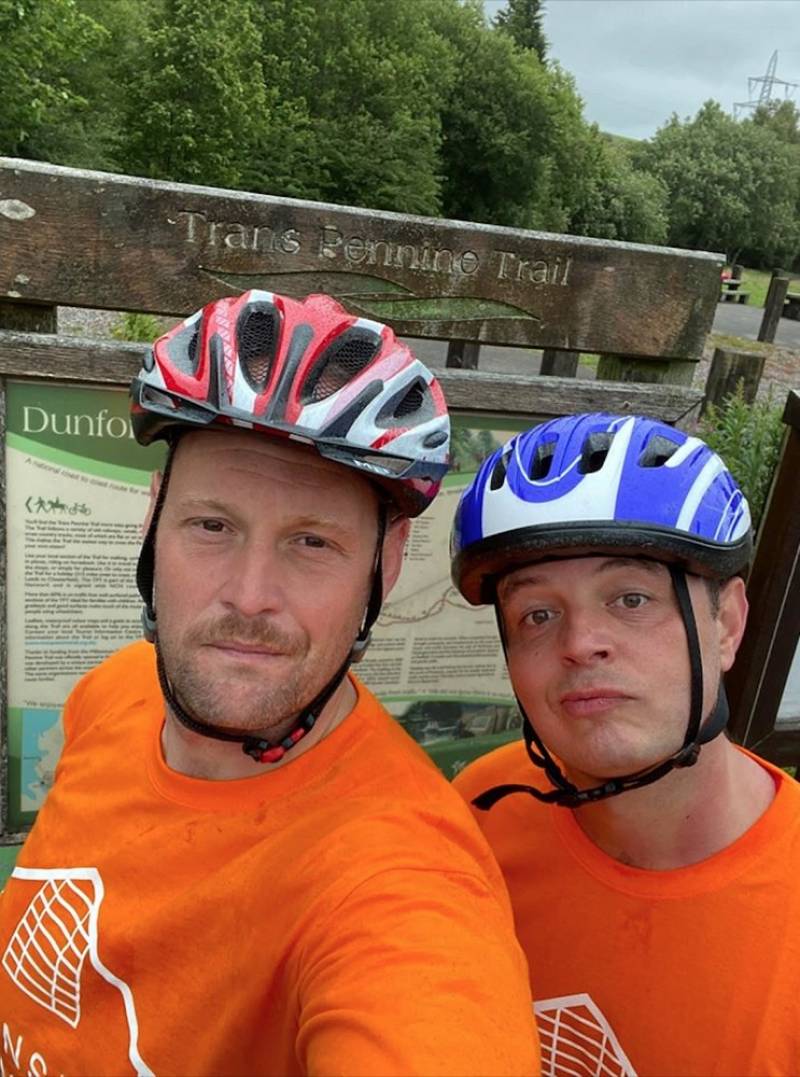 A COUPLE from Barnsley managed to raise nearly £900 for Barnsley Hospice in a charity bike ride in memory of a friend who died of cancer last month.

Jay works at BPL and Lesley used to attend some of his boxercise sessions and he described her as a ‘breath of fresh air, sharp, funny and selfless’.

Jay told the Chronicle: “We decided to do the fundraiser in memory of Lesley who frequently attended our sessions at BPL, but she sadly passed away from cancer last month.

“She was 61 when she died so we thought it would be nice to try and cycle 61 miles for her, and it’s around 100km so it’s a nice round number to aim towards.

“We ended up going even further and travelling 66 miles as we travelled from our home in Hoyland to Dunford Bridge, looped around to Doncaster and then back up to Hoyland.”

The pair have raised a total of £885 so far and Jay says that the support they have received from the public has been ‘amazing’.

Lesley’s daughter-in-law Philippa Riddiford, 38, from Hoyland, said: “It’s a really nice thing for them to do.

“She was such a bubbly woman, she brought life into any room she walked in. She’d go out of her way for people in her community.

“She always said she would like to go to the hospice if the time came, but unfortunately she was too poorly.

“She’d be chuffed to bits with this.”

Jay added: “It’s snowballed so quickly, we’ve managed to raise well over £800 and to be honest with you we were only expecting to raise around £100.

“The support has been absolutely amazing, the guys at Barnsley Hospice couldn’t have been any more helpful, and all the donations from friends and family, and even strangers when we were on our bike ride have been great.”

To donate to the pair’s fundraising efforts, click here.