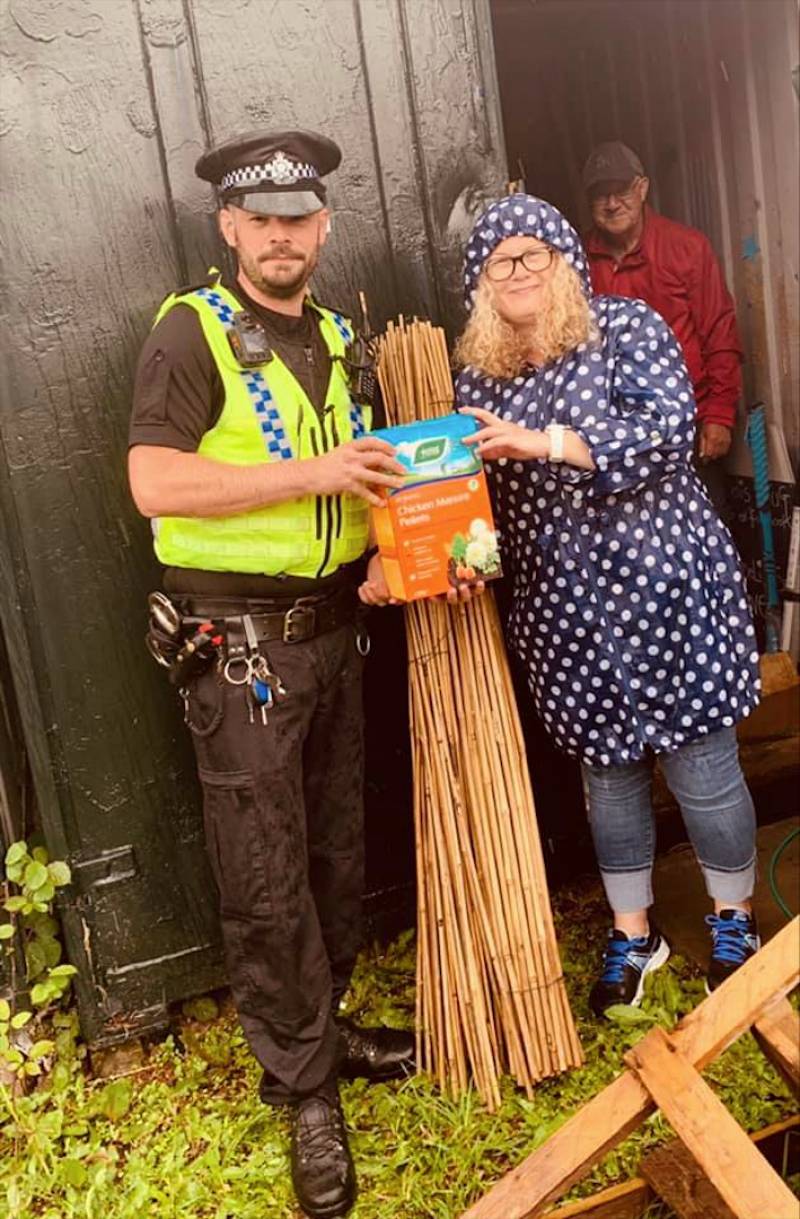 POLICE officers made a special delivery to community groups across the borough, donating gardening equipment that was seized during drug warrants.

Owd Martha’s Yard were among the groups that benefited from this new scheme, as growbags, manure and plant pots were delivered to volunteers.

A spokesperson from Owd Martha’s Yard said: “We were contacted by South Yorkshire Police regarding a new policy which means that anything recovered from cannabis factories can be gifted to community groups.

“Normally the equipment would be thrown away so we’re delighted to benefit from this scheme.

“A big thank you to PC Liam Stewart for organising this delivery.”

PC Stewart added: “When we go into properties that have been used for significant cannabis set-ups, there are often huge quantities of soil, canes, plant pots, growbags and tools waiting to be used.

“Unfortunately, a lot of this equipment ends up in landfill, so we decided to work out a way we could repurpose or recycle at least some of it.”

After contacting several local community projects, the team have made several deliveries this week already.

“We’ve donated equipment to some great people in the Hoyland area of Barnsley who run a fantastic community garden, it’s a place that is so well-loved by local people and run entirely by volunteers.

“We thought they might like a few extra supplies to keep things going and their vegetables growing throughout the summer.

“We’re exploring options around how we can do more things like this and introduce further processes across the force.

“Naturally, it has to be done properly and we wouldn’t be able to reuse a lot of what we seize, but it’s exciting that we’ve found a sustainable option for some items that also supports local community projects.”