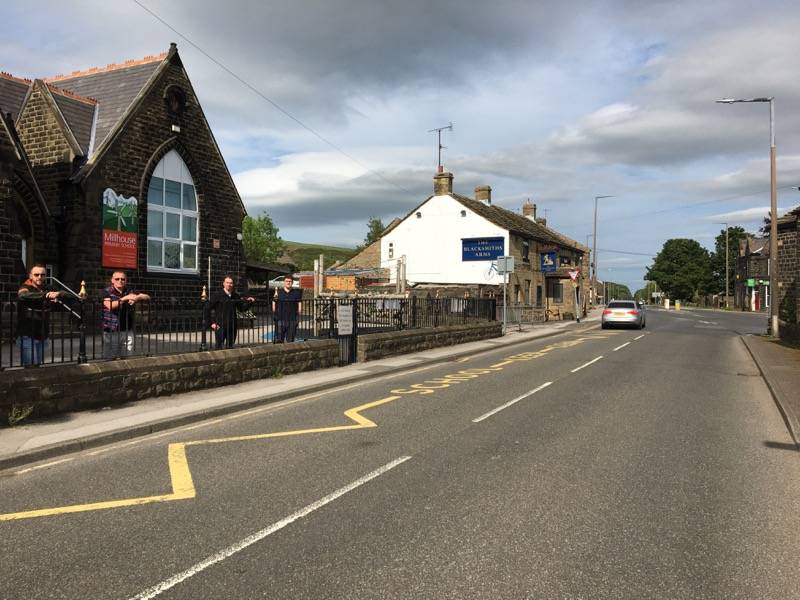 LOCKDOWN-FUELLED speeding has triggered a campaign for safety around a village school.

Residents are raising a petition calling for action to ease dangers outside Millhouse Green Primary.

Worried campaigners claim a 40mph limit on the road past the school is too high and they want Barnsley Council to use government money to bring about change.

Resident George Reid, who is one of the organisers of the campaign, said: “This has come to a head largely because of the lockdown.

“Because there are fewer vehicles on the road, speed has increased significantly, but the general problem has been going on for more than 20 years.

“All residents support this. Everyone is getting behind the campaign and I am determined to see this through until it is fixed.”

In 2015, former Millhouse Green resident Rob Bettison compiled a report with damning results – including two fatalities on the A628 Manchester Road which runs along the bottom of Lee Lane where the school is situated.

Mr Bettison’s report covered 418 vehicles in wet and dry conditions and found the average speed on Manchester Road and Lee Lane was over 40mph.

The highest recorded speed was 57mph. It also found 91 per cent of parents would support a 20mph zone outside the school.

There was a death crash on the A628 last November and another fatality in 1998.

Mr Bettison, who has two children at the school where he is also a governor, added: “As the area has been developed, children increasingly have to cross the road to get to classes.

“There is no crossing patrol and the footway to the gate is narrow. The situation is more intense now than when I did the report. Speeding has been more of a problem during lockdown.”

Penistone town councillor Michael Barraclough called for details of a £1.4m improvement scheme for the A628.

The funding was announced by the government before the pandemic and the project has been put on hold due to coronavirus. “Basically, this whole area needs to be 30mph at the most – it is the sensible thing to do,” he said.

“I don’t think there will be any objection to this.”