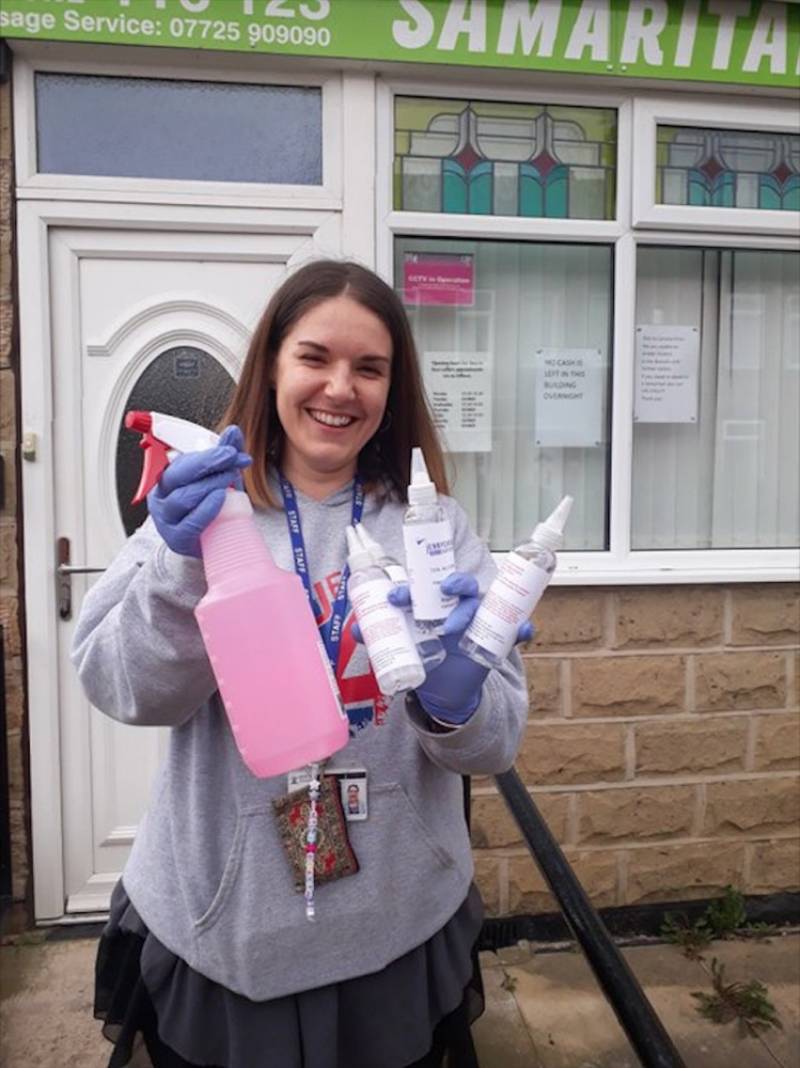 A LOCAL community group that helps support local charities in raising awareness for mental health has been nominated for a Proud of Barnsley award.

Project 14 was launched in April 2018, by Beth Deakin, 29, and Thomas Armitage, 31, following the death of their best friend Ashley Salkeld – who committed suicide in October 2016 at just 25 years old.

Beth, from Bolton-upon-Dearne, said: “We started raising money for charities about eight months after we lost our best friend to suicide, and like a lot of people when something so tragic happens we started to put our energy into the fundraising.

“In the first eight or nine months we raised £6,500 for charities such as the Samaritans and CALM but we realised, and this is no disrespect to the wonderful work they do, that they were very London-centric and we wanted to help people out more locally.

“That’s why we set this up in April 2018 and it’s started to grow organically – our slogan ‘be reyt’ has really taken off as well which is fantastic.”

Project 14’s main aim is to raise awareness around mental health and to support those who are feeling low – with the group set to become a registered charity in the future.

“Before lockdown we were doing ‘walk and talk’ events where people were able to get their exercise and talk about their feelings at the same time which is what a lot of people need to do.

“Ashley was the party boy of the town, almost everyone knew him and I still have people tell me today that they knew who he was, and you would have never thought he’d have been suicidal – it was such a shock.

“During lockdown we’ve paid for crisis cards to be distributed across Barnsley as well as supporting schools and charities with different bereavement programmes.

“Project 14 Fitness has been set up as well and I’ve started doing book reviews so that people can decide what they want to read – I’m really passionate about the fact that one thing can help one person but not another, everyone’s different.”

Upon hearing of the group’s Proud of Barnsley nomination in the community group category, Beth said: “I tend to get a bit embarrassed about recognition but I’m honoured that we’ve received some acknowledgement from a town that we work so hard for.”