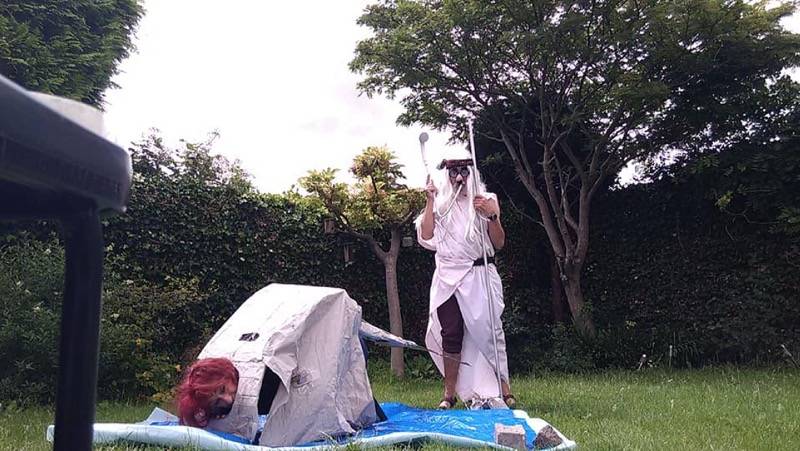 LOCKDOWN has forced residents across the borough to find new ways to pass their time but a couple from Dodworth might just have found the most creative.

Carol Roberts, 69, and Mick Roberts, 75, both of High Street, have been dressing up every Sunday in different costumes since lockdown began.

Carol told the Chronicle: “It’s just a bit of fun really, when this whole thing started we were down in Devon babysitting and we decided to dress up in nice clothes while having our Sunday dinner with the family.

“We’ve carried on dressing up every week and we’ve started to get a bit more silly with it – it’s becoming a bit of a tradition.

“I’ve thoroughly enjoyed doing it, the weeks have seemed to fly by and it’s better than just sitting around being bored.”

The couple have dressed up in an array of different costumes, from Chas and Dave to Jonah and the Whale, but they aren’t fazed about what people think of them.

“We dressed up as our favourite duo Chas and Dave a few weeks back which was great, and we even tried to do Jonah and the Whale – I spent all morning trying to make the costume and I nearly hit Mick when he suggested I should be the whale,” Carol added.

“When we’ve been putting it on Facebook the support has been great, it was a bit strange because we only posted it for family to see but it’s really taken off.

“I’ve got a feeling the kids might be embarrassed but we’re used to making fools of ourselves so we don’t really care what people think.”