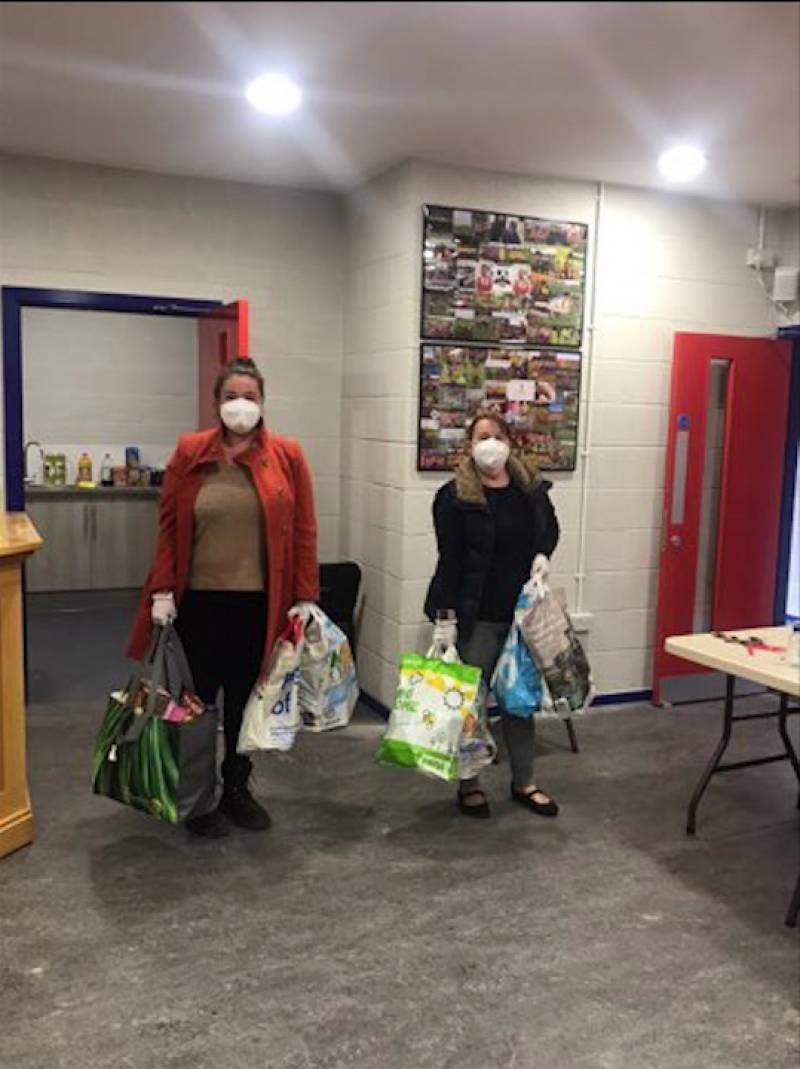 A FOOTBALL club has been nominated for a Proud of Barnsley award in recognition of its work in setting up a foodbank during the coronavirus pandemic.

Dearne and District FC converted its new pavilion into a foodbank in April, and last month received a £500 grant to help continue their work within their local community.

“We have always wanted our new pavilion to be a community hub,” said chairman of the club, Tony Jamasb. “We were due to have a grand opening in March which was cancelled due to the virus and we began thinking of ways we could help our community. One of our members suggested that we use the pavilion to open a foodbank and so we did a bit of fundraising and got started.”

During the past two months, Tony has seen a rise in referrals to the foodbank, and admitted he was shocked with how many people relied on the service.

“Every time we get a new food donation in, we find out about more people who need our help,” added Tony. “We provide food parcels to a lot of elderly people who haven’t been able to go out and shop for themselves. Last week we were delivering to an elderly gentleman but when we got there he had had a fall and was laying on the floor.

“We called an ambulance and he was taken to hospital but the elderly don’t seem to be getting a lot of contact from people. Most of them are really proud so it’s difficult for them to accept help but I am glad we were there to help that gentleman.”

Last week, the ten-strong team delivered to 17 families, which Tony said was as the result of people being on furlough.

“People are now earning less money but have the same bills to pay,” he said. “We have had referrals from people whose wage barely stretched before but now they are struggling to get by and they rely on the foodbank to be able to eat.

“It really shocked me when I found out and I think it made everyone want to help.”

The team have been nominated for a Proud of Barnsley award in the Community Hero category for their handwork.

“It’s great that we have been recognised,” said Tony. “It’s nice to know that people think of us. I have been trying to spread the message to the kids that you can’t judge others by their appearances and that it doesn’t take a lot to be kind. I am hoping that this message they will carry on for the rest of their lives.

“We never expected the foodbank to go on as long as it has but it’s great to feel like we are making a difference in the community.”