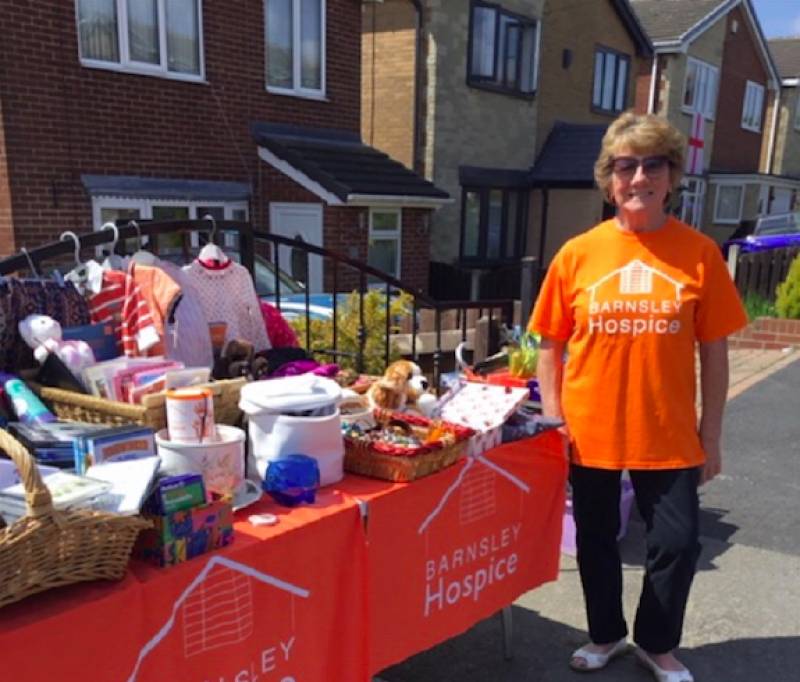 A WOMAN who was one half of a fundraising duo alongside her late partner has continued to raise cash for Barnsley Hospice in his memory.

Judy Holling has worked as a volunteer for the hospice for more than two years, and would give her time to running stalls with partner Steve Riley – a much-loved local entertainer who died last month after a heart attack.

The couple raised more than £5,000 going ‘wherever they’d let us have a stall’, said Judy.

And the 74-year-old has continued to raise money for the hospice from her home on Baslow Crescent, Dodworth, setting up a stall selling all manner of goods – and making more than £2,000 in the process.

“Anything the hospice did, we were always there together,” she told the Chronicle.

“We never recorded how much we made until now, but we kept the receipts and it comes to £5,233 – all from little local stalls.

“I’ve always been active with charity work, as I used to work with the homeless.

“It was a good way to meet new people which we enjoyed.

“Steve was a big man with a big heart.

“We made a good team, we bounced off each other.

“It’s hard to carry on when you’ve loved somebody and done all these things together.

“But even when he was ill, Steve made the effort. He always used to say ‘God’s good’.

“It’s still not just me, it’s a team effort. Nobody can do it on their own.”

After his funeral, she said she started raising money ‘as something to do’ during the lockdown.

She sold spare plant pots from her garden, leaving a donation tin outside her home, and made £30.

“They came in fantastic for people who couldn’t get to the shops,” said Judy.

“I carried it on for a second day, and only made £3, but I kept going.

“Every day I wrote down how much I made. On VE Day, I managed to make £405, and we had a street party with bingo and singing that made the total £722.

“The stall’s still growing now thanks to neighbours and the good-hearted people of Dodworth.

“If Steve would’ve been here, he’d have lapped it up.”

Donations continue to mount, and Judy’s total currently stands at £2,100.