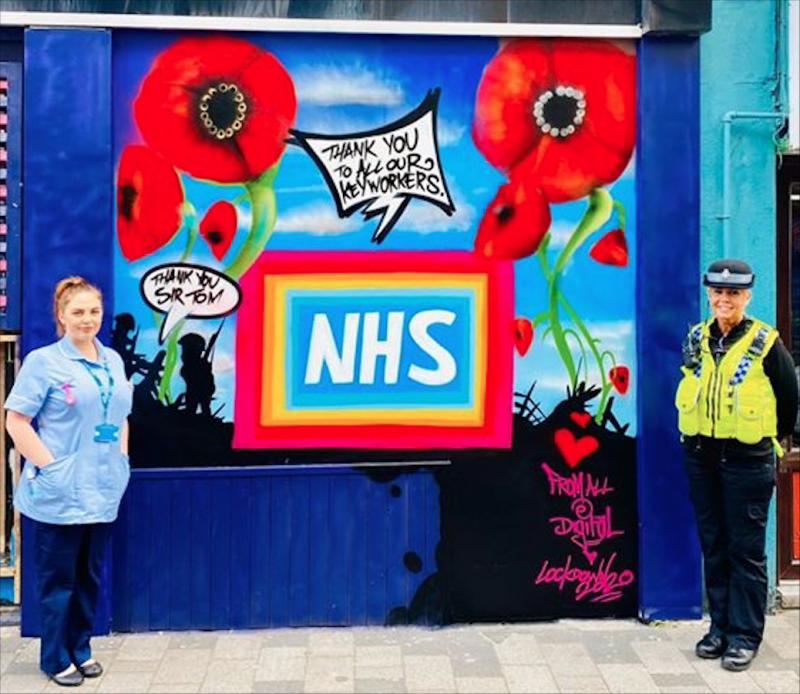 A LOCAL bar has been transformed during the lockdown to say thanks to key workers.

Yesterday, Digital Bar, on Wellington Street, unveiled its new mural on the side of its building, after it was forced to close its doors during the pandemic.

The mural was commissioned by owner Daz Donoghue, 31, who wanted to show his gratitude for the NHS workers who saved his life.

“I had to have a kidney transplant and without the Barnsley NHS workers who looked after me, I wouldn’t be here today,” he told We Are Barnsley.

“That’s why it’s incredibly important for us to unite together during a time like this.

“We used to have a window fitted there but it was due a refurbishment and thought what better way than to honour those risking their lives for others.”

Daz asked for key workers to come along and have a photo with the mural, which has received huge support online.

“The reaction by people online has been fantastic. The picture was uploaded late last night and has already been liked more than 100 times with people commenting about how uplifting it is.

“We were so pleased to have nurse Jessica Dean and PCSO Anna Trickett come down and support the mural.

“It’s obviously a tough time for the night-club industry, but if we can continue to help boost people’s spirits and keep people safe - that’s all we can ask for.”