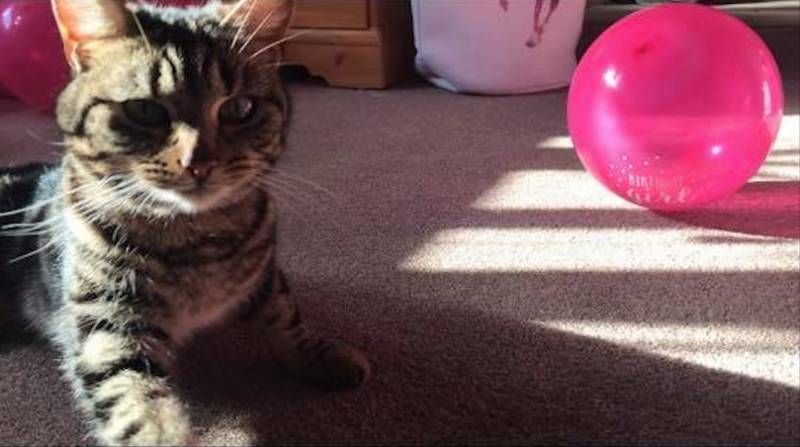 A WOMAN from Darton is helping to push along a campaign for a change in the air rifle law after her cat was shot, and subsequently put down.

Steph Smith, 40, of Churchfield Lane, was left devastated after her three-year-old cat, Holly, had to be put down after an unsuccessful operation.

She told the Chronicle: “We let Holly out last Monday, like we always do, at around 9.20pm and when we woke up in the morning she was lying under the bush – which isn’t unusual.

“It wasn’t until we realised that she hadn’t come in for her tea that we noticed something may be wrong, but we waited until the kids had gone to bed until we brought her in.

“She winced when my husband tried to pick her up, and then she began to limp when she was walking, so we decided to call the vets and brought her in the next day.”

Following an examination and x-ray, vets found a pellet stuck inside Holly, and that she had a broken pelvis, meaning the cat had been shot sometime between Monday night and Tuesday morning.

“The operation took place on Wednesday and unfortunately it wasn’t successful as the pellet had gone through her leg and was lodged in her spine – something which the vet couldn’t remove,” she added.

“We made the heartbreaking decision to put Holly down on Thursday after we were told that she would always be in pain, and that in a few months she would have to have her tail amputated.

“We are completely lost without her, six hearts have been broken.”

The final vet bill was £560 and as a result of the incident, Steph has decided to campaign to make the usage of air rifles licensed in England.

“It’s something that the RSPCA support and they told me that they’ve seen a number of animals, mainly swans, put down due to being shot with an air rifle,” she said.

“The current law allows anyone to own an air rifle in England without having to alert the authorities, but in Scotland and Wales this isn’t the case.

“If we knew who owned a gun in the area then we could probably work out who shot her, as she never really wanders further than 100 metres from our home.

“We just want to know who did it so if anyone has any information, please come forward as someone must know something. If the campaign can help just one animal owner then it would all be worth it.”

Leanne Plumtree, spokesman for the RSPCA, said: “We are very sorry to hear about this incident and our hearts go out to Holly’s family.

“Every year the RSPCA receives hundreds of calls to investigate cases and help hundreds of animals that are the defenceless victims of air gun attacks.

“It is very distressing to think that people take pleasure in causing such horrific injuries to defenceless animals. These are deliberate and brutal acts of cruelty.

“Cats and wildlife are normally the animals that are more susceptible to these incidents simply because they are out in the open with no one to protect them. Unfortunately, air rifle attacks are not as rare as we would like. The injuries caused by such attacks are horrific and often fatal.

“We are calling for tighter controls on air weapons. This, along with better education and explanation of the law when buying an air gun, and requirements that everyone must receive basic safety training before being allowed to walk out of the shop could help relieve the problem.

“These weapons cause horrific pain and suffering and it is illegal. Anyone caught deliberately using an air gun to injure an animal can face up to six months in prison and/or an unlimited fine if found guilty under the Animal Welfare Act.”